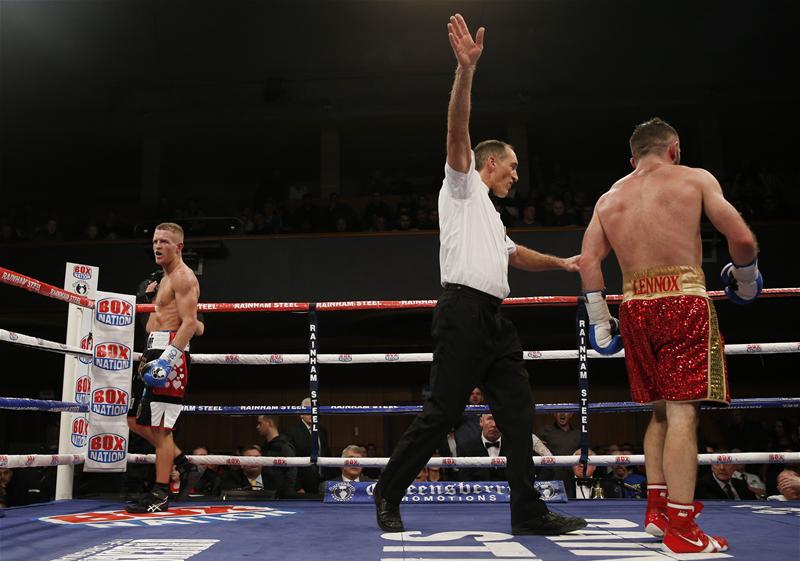 Vann has some sympathy for Stephen Ormond, and predicts trouble for Martin Murray and Paul Smith

Although he took it on the chin, and should have in all honesty retained his composure in, what I thought, a close contest. I can understand Ormond’s frustration as Flanagan used every opportunity to grab and hold Stephen and with Stephen being somewhat shorter, the head was always going to be an issue. I thought the referee Steve Gray was somewhat lax in his attention to the holding from Flanagan and if he had paid a bit more attention to this there may have been no need for a disqualification later on. Ormond may not have won the verdict, but such a conclusion would have been more palatable. It is a referee’s job to ensure the safety of the fighters and if necessary put in that extra yard to keep the action flowing.

I’m afraid Brian Rose’s statement in Boxing News last week – ‘I have finished with fighting at domestic level’ – has come back to bite him in the arse. I am not qualified to make too much of a comment on the stoppages, as I didn’t watch it live, but a good percentage of viewers were in agreement that the referee’s decision to call a halt was the right one, and with 10 unanswered punches landing from Carson Jones, I too would be thinking hard about jumping in to stop the fight.

After a slow start to the year things are really revving up, and after last week’s two shows – with mixed results – we have the next two on Saturday, one in Monaco with Martin Murray, ranked No.7 in the world, against the formidable world ranked No.2 Gennady Golovkin, and Arthur Abraham’s return with Paul Smith in Germany.

Looking at the Abraham fight first, I think we saw the best of Paul last time and although Abraham is not the force he was two or three years ago I think with the home crowd behind him, and that little extra bit of class, will see him home and probably a distance fight but saying that if Paul decides on a Gung-Ho attitude he may leave himself open for a Goodnight Vienna pill.

Going away from Germany across to Monaco and Martin Murray and Golovkin, I wish I could see Martin’s hand being raised at the end but I don’t. Martin has an outside chance – like Buster Douglas had with Mike Tyson – so stranger things have happened.