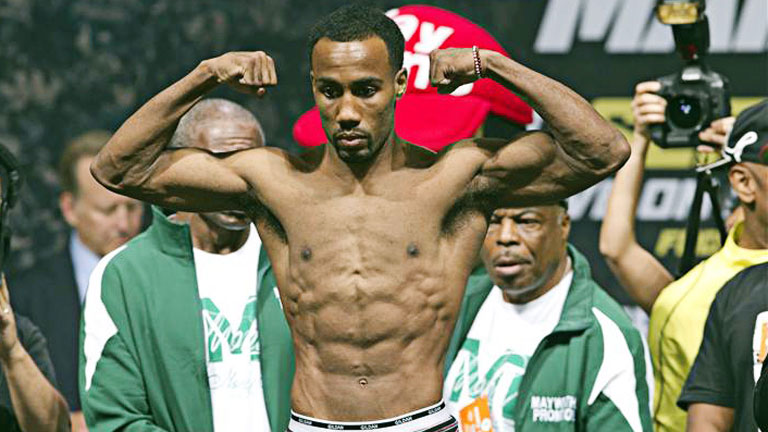 'I need a promoter,' former world champion Mickey Bey tells Chris Walker. 'When Floyd Mayweather is silent with you then you know something is up'

MICKEY BEY’S boxing career is currently stuck in traffic. Whilst sitting at the wheel this week trying to find an opening amongst the chaos, the former world champion took to social media and revealed a series of frustrations that have hurt his career. Inactive since 2016, Bey’s impatience continued when speaking to Boxing News.

“I need a promoter. I need to fight,” said a desperate Bey. “How can you go from being a world champion to sitting on your ass for two years not doing a thing when the people looking after you are some of the biggest names in the sport of boxing? I want to fight, but I’ve been so badly managed over these last two years so I’m at the point now where I have to find another direction because this is a short career.”

Bey’s last outing, a 12 round reversal to Rances Barthelemy over 24 months ago, is perhaps the last recollection boxing fans have of the Cleveland fighter who rose to prominence with his IBF lightweight title win over Miguel Vazquez. That victory propelled Bey to a position of prominence in Floyd Mayweather’s Money Team, but the ridiculous moniker attached to the now retired star’s promotional group is an unjust one according to Bey as he struggles to find the words to describe his recent plight.

“If everything is cool with Floyd then you’re alright, but when Floyd is silent with you then you know something is up. You’ve looked at my social media, his cousin doing all types of s**t that I probably shouldn’t go into, but if you upset anyone close to him then you’re frozen out. Everyone knows that and that’s why people don’t act up because they trying to hold onto their position. His dad has pretty much trained me my entire career, but now is the time to go because my career got to come first and I just want to move on with that. I was world champion, have you forgot that? Ain’t no world champion ever slipped the way I have.”

The increase in volume in Bey’s voice also turns his manner angry, but despite the obvious appearance of dissatisfaction, I’m still none the wiser what the original issue is. A loss to a fighter possessing Barthelemy’s standing should not have prevented his career from resuming immediately. There’s a need to find out the catalyst of his Twitter outburst.

“Floyd is the ruler. He makes every decision,” reveals Bey, with a statement that provides no surprise whatsoever. “Underneath him is people with false roles but they have Floyd’s ear and if you ain’t cool with them then you ain’t cool with Floyd. One of them has caused so much s**t for myself when he was managing my career and this has got back to Floyd leaving me essentially blackballed. They won’t let me fight, they won’t put me on no shows, my career was going nowhere. You stay quiet and play along hoping it’ll sort itself out, but two years on and where the f**k am I heading.”

With his grievances at both former manager and promoter well and truly aired, Bey, an obvious rookie in an environment designed for the sharpest minds, has taken the decision to begin again and cease all dealings with Mayweather and TMT. His quest to return to the pinnacle of the sport he briefly occupied is underway, and that includes a search for a new promoter.

“Would you mind seeing Mickey Bey come to the U.K.?” he asked. “I’ve heard there are some good lightweights out there. I just want to fight. I have to get back in the ring and get back to earning money in the big fights. I’m done with Floyd, I’ll go on record saying that, I want my life and career back. When it was good with Floyd I felt on top of the world, but there’s so much bulls**t involved in maintaining a healthy kind of relationship with those people. I heard Eddie Hearn out here in America now. Maybe I can sit down with him and maybe he can take me back to the top without any politics involved.”