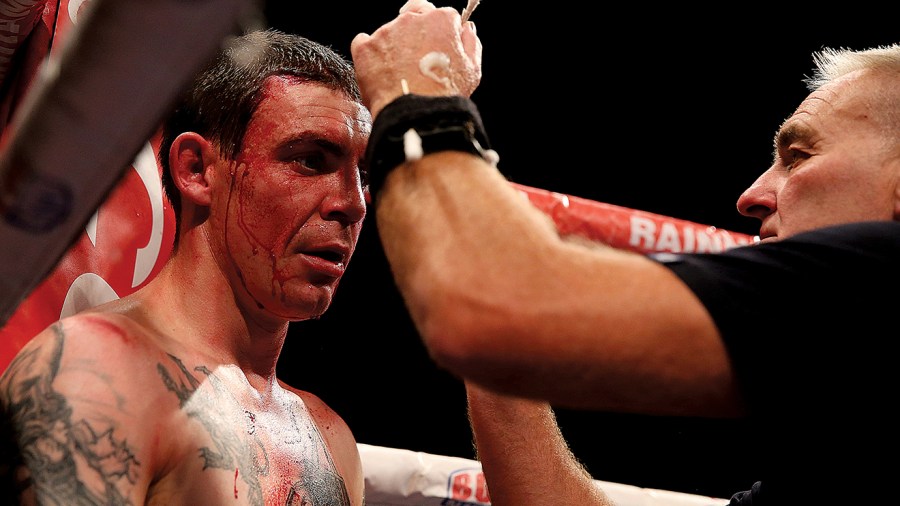 Former boxer Michael Stupart is stuck in a vicious circle but he needs a way out, writes Matt Christie

THE brain of Michael Stupart is damaged but his most recent MRI scan did not show any deterioration from his previous one. It is suspected that he has chronic traumatic encephalopathy (CTE) yet there is no way to diagnose the condition. Consequently, he finds himself in a situation where he cannot get appropriate care because he is unable to prove what is clearly a huge problem.

He lives alone after his girlfriend, Erin McLaughlin, was forced to leave so she could look after her three children. The youngest of those children is Michael’s.

“I’ve had to move out,” Erin told Boxing News. “He has outbursts, he loses his temper because he is in constant pain. He’s not violent but it wasn’t an environment I wanted my children growing up in. I had to make the choice and I chose my kids. But I love Michael, he’s a wonderful man, and I want him to get the help he deserves.”

Stupart turned professional in October 2011, making his debut in a four-rounder against Zak Smith at Liverpool’s Olympia. Despite dropping Smith in the opening round Stupart lost a 39-38 decision in a bout supporting the super-flyweight Prizefighter competition. Two months later, Stupart was stopped in the first round by Lewis Pettitt. Though he would win two bouts the following year, the Scottish boxer, from Dunfermline, fell into the role of a journeyman. It wasn’t what he wanted from his career but earning money became his priority. His last fight was in January 2016, when he was beaten in two rounds by Thomas Dickson. It was his third stoppage defeat in as many months which raised concern from the British Boxing Board of Control.

Though Stupart’s medicals and scans were clear, the Board indicated he would not be allowed to fight again and, in May 2016, they were told via email that Stupart had retired. A subsequent attempt for his licence to be reinstated was unsuccessful. His record reads 4-32-2 (1).

Stupart has deteriorated in the last 18 months and, as the pandemic put the National Health Service under severe strain, he has struggled to get the diagnosis of brain damage that would assist his cause. The Board regularly receive pleas for financial assistance from ex-boxers. They have limited funds they can release each year and the case of Stupart was brought to their attention on August 22. Robert Smith told Boxing News they have requested documentation regarding his condition and, once received, steps can be taken for Stupart to get some financial assistance. But it will not be a huge amount; the Board rely on disciplinary charges and their annual awards dinner to fund the charity.

“He’s currently on a 44-week waiting list [with the NHS],” Erin explained. “There really isn’t any awareness about CTE in this country. He takes medication but we can’t afford the medication that has been recommended in America. He was transcribed paracetamol for his headaches. Paracetamol! The doctors have said his erratic behaviour and memory loss is purely down to his OCD [obsessive compulsive disorder], which he has always had. But that simply can’t be true.”

He has all the behaviours of someone with CTE. At times, he walks like he’s drunk. His body tremors. He is partially blind. The headaches are severe. He struggles with his short-term memory but he can remember his boxing days, a time he holds close in a sport he still adores. But it’s suicide that too often enters his mind. He is only 37 years old.

“He needs psychiatric help,” Erin continued. “I am so p**sed off because the doctors are essentially leaving him to die. He will commit suicide, I know he will. He can’t remember one day to the next, he forgets to take his medication and then he stashes all the tablets.

“I feel awful that he’s on his own. I try and see him every day but it’s difficult with the children. He isolates himself and is very poorly. I feel like every day I am waiting for the phone-call to say the worst has happened; when I don’t hear from him I presume that has happened. We can’t live like this.”

“Before I left one day I asked him if I could do anything for him. He said, ‘Go through to the kitchen and get me the biggest knife you can find so I can put it through my forehead’.”

Ringside Charitable Trust – a registered charity to help ex-boxers – are doing what they can to raise both awareness and funds for Stupart.

“What they are doing is incredible,” she said. “But why is their mission, which is to open a home and provide help and care to ex-boxers, being ignored? It’s almost as if boxing doesn’t want to admit there is a problem when clearly there is. Michael loved boxing and still does. Ringside Charitable Trust have been amazing to us.”

The charity continues to work independently, with no assistance forthcoming from any powerbrokers in British boxing.