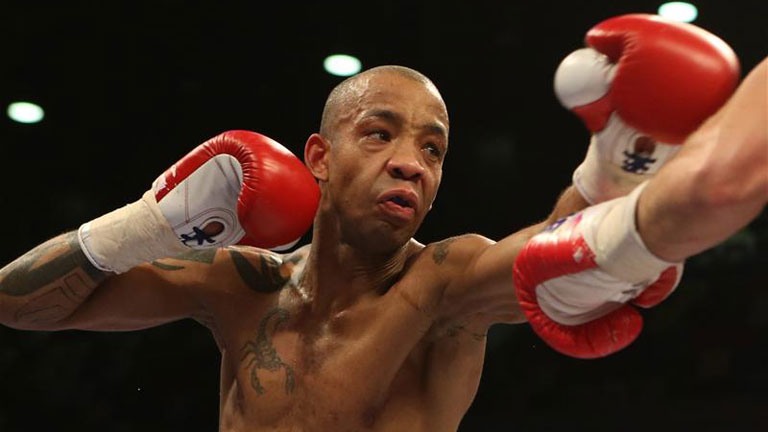 Grant the victim of a shocking crime in London, writes Daniel Herbert

FORMER English super-lightweight title challenger Michael Grant is out of hospital and stable after being the victim of a horror stabbing in a London park.

Reports say that Grant, who lives in Hackney, was walking home through the park, talking on his mobile phone, when he felt something in his back. He turned around to give chase, only to realise he couldn’t run – because he had been stabbed.

The blade went through his scapula and broke two ribs, punctured his lung and left Grant with internal bleeding.

Police said that stabbing a random victim is the initiation ceremony of a local gang.

Grant, 32, last boxed in February 2014, outpointing Billy Morgan over six rounds at the Copper Box Arena. That was his 14th pro win (one early) against four defeats and one draw.

An ABA champion in 2005, Michael made his pro debut in July that year and went unbeaten in his first 13 fights (one draw). After losing his unbeaten record on a cut-eye stoppage to Jason Cook in a 2009 Prizefighter tournament quarter-final, he suffered three more defeats in his next four fights, although he was stopped only by future WBO lightweight champion Terry Flanagan.