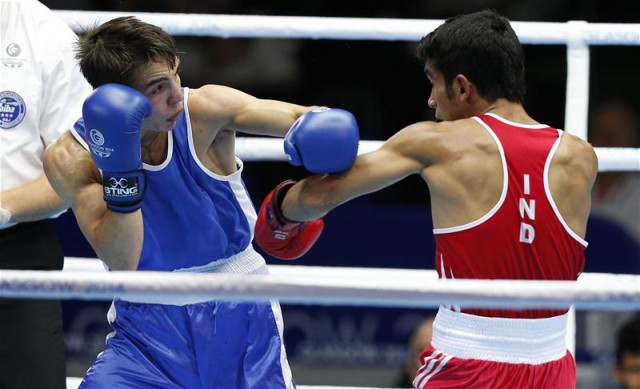 MICHAEL CONLAN and Joe Ward won gold medals for Ireland at the European championships on Saturday (August 15). Conlan defeated Qais Ashfaq on points in the 56kgs final, a rematch of the Commonwealth Games final while Joe Ward outscored the Netherlands’ Peter Mullenberg, who had eliminated Britain’s Joshua Buatsi in their 81kgs semi-final.

The GB team won the most medals at the tournament with six but with Conlan and Ward’s golds as well as Dean Walsh’s bronze medal meant Ireland came second on the medal table behind Russia, whose team had four finalists and four champions.