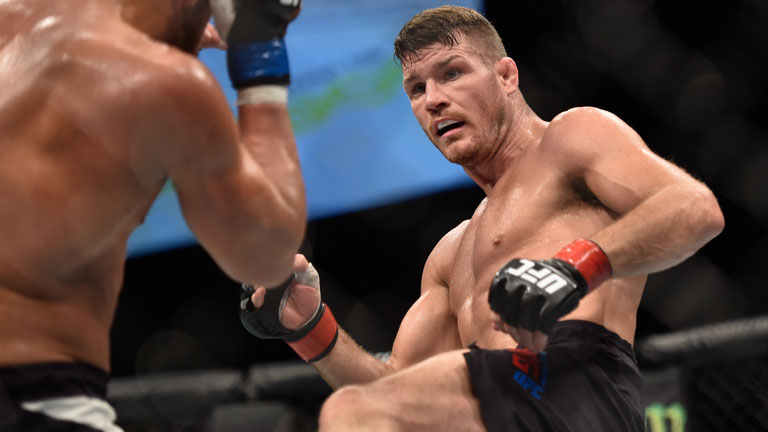 Ahead of Michael Bisping vs Anderson Silva, 'The Count' tells Danny Flexen it's a different fight than when first mooted but certainly winnable

BACK in January 2012, Michael Bisping lost a unanimous decision to Chael Sonnen in an eliminator for the UFC middleweight title then held by Anderson Silva. The champion was at the top of his game back then and would vanquish Sonnen in July of that year. Fast forward four years and the Lancashire man finally gets the fight he has long craved, Anderson Silva vs Michael Bisping, and better still its in the UK, at London’s O2 Arena on February 27. But is it a better fight now than it would have been back then?

“It’s a difficult question, it’s still a big fight now,” he told Fighting Fit. “One obvious difference is that he’s no longer the champion, but the sport has grown, year after year, and the Silva name and brand is bigger although he doesn’t have the belt; if and when I beat him the prize won’t be what it would have been back in the day. I do know he tested positive for performance-enhancing drugs the first time he’d been tested – after his last fight. I assume he’s not using anything this time. I’ve been randomly tested twice last month alone and I know he’s been tested too. So it’ll probably be a fairer fight than it would have been.”

Back in 2011, Bisping outlined how he would approach a fight with Silva. “You’ve got to get in his face and close the distance – you can’t give him the range and space he needs to use his box of tricks,” “The Count” told Men’s Fitness. Four years later, and with the theory now pertinent, has that strategy changed?

“The sport is MMA, Silva and me, we’re predominantly strikers, so for the most part it’ll be a kickboxing match but I’ll try to sprinkle in a few takedowns,” Bisping insisted. “He looks easy to take down and he takes damage on the floor, but it’s getting to grips with him because he’s so fast. You wanna crowd a kicker, that’s pretty basic but it doesn’t allow the space needed by him to generate kicks. His boxing is not that good, though he’s had some amazing knockouts because he’s very, very accurate with his strikes and that’s what makes him so deadly.”