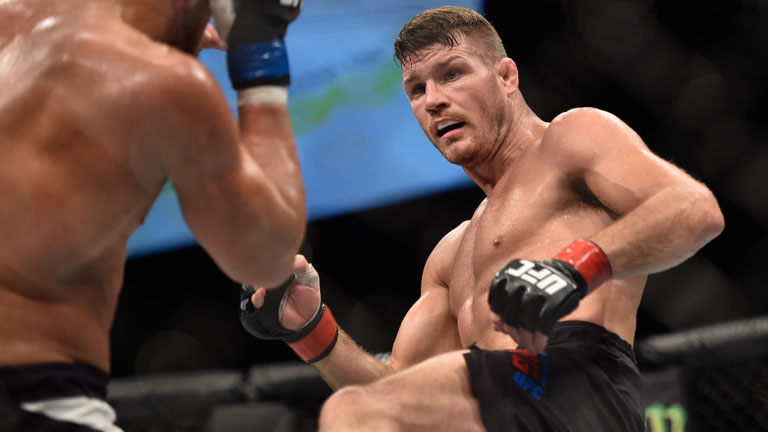 After three defeats in middleweight eliminators, the Michael Bisping UFC title dream is alive and well and ready to roll over Anderson Silva

HE has been an MMA fighter for almost 12 years and started fighting when he was eight. Now, having been in the UFC for over nine years, the Michael Bisping UFC title dream is perhaps, finally, nearing fulfillment. Bisping has worked his way into three eliminators for the UFC middleweight belt over the years but is 0-3 in those contests. He has been unfortunate that his opponents in those contests were Dan Henderson, Chael Sonnen and Vitor Belfort, all MMA legends. While his February 27 UFC London contest with Anderson Silva is not an official eliminator, the Bisping also holds victories over the quality likes of Matt Hamill, Jason Miller and Brian Stann, leading many to cite the Lancashire battler as the one of the finest UFC protagonists to never have enjoyed a title shot.

“I am 100 per cent the best fighter who has not had a title shot,” Bisping told Fighting Fit. “I’ve been in No. 1 contender matches three times and lost but all three men who defeated me were on TRT [Testosterone Replacement Therapy]. It’s ridiculous, but it’s now outlawed and we have a fair playing field. I’ve won three of my last four and my only loss was to Luke Rockhold who is now the champion and I’d love get that rematch. But this is a dream come true. It’s something I’ve always lobbied for, and a title fight in the UK [for me] is long overdue.”

There has only been, to this writer’s knowledge, one full UFC title fight in the UK, but if Bisping were to work his way into contention once again, a chance at the championship in England could draw huge numbers and the vociferous support would also give Bisping the best chance of victory.

“I used to always say that once those Octagon doors shut it doesn’t matter where you are,” Michael laughed. “But I always said that when I was fighting in hostile territory! I’m undefeated in England and every time UFC stage a fight night there the crowd brings the best out of me. I’m very lucky, the UK has always provided me with massive support and that pushes me to the next level. My friends and family will be there and I’m not coming to London for the first time in over five years, to lose. There is also pressure but I thrive under pressure.”