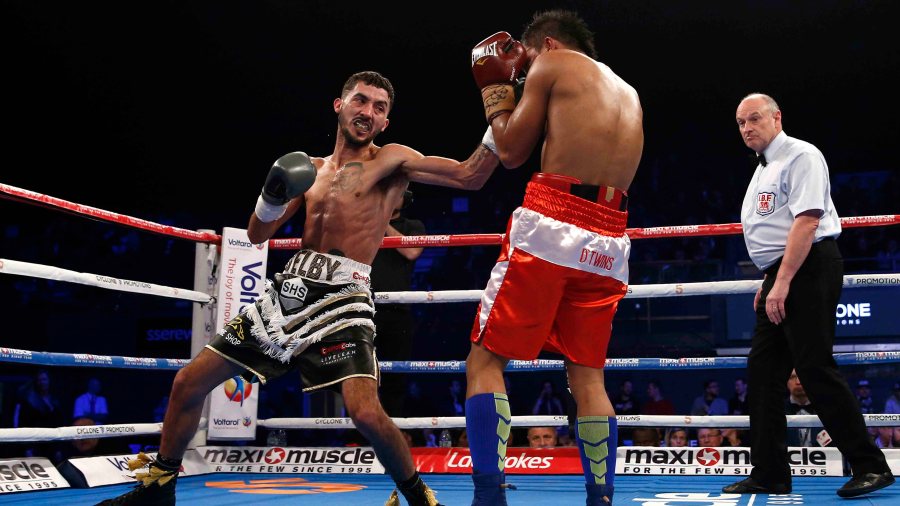 'I’ve just got to step up and show what I’m made of,' Andrew Selby tells John Dennen

SLICK Welshman Andrew Selby will box in only his eighth professional contest at the Olympia on Saturday (February 4). Selby is already the British flyweight champion, he’s won the IBF International strap and expects to add a WBC International belt to his collection against Ardin Diale.

“I’m stepping up in class. This guy’s a champion, he’s boxed for a world title. I’ve just got to step up and show what I’m made of,” Andrew tells Boxing News. “He’s better than his record says. He can bang a bit. He’s a bit stylish. On Youtube he looks big but when I stood next to him he looked really small. The camera’s telling lies.”

Selby is looking to join older brother Lee as a world champion as soon as possible. “That’s what we’re aiming for. It’s going to be wicked, it’ll be massive for the UK fans as well, especially in Barry town, everybody’s waiting on it as well. I’ve got to get that shot,” Andrew said.

“We’re looking to go to the world level so they’re going to be good now. So that’s it,” he continued. “Whatever one’s available to be honest. I’ll take the first one that comes up.”

But if Lee is the “Welsh Mayweather,” what is Andrew, I wonder? The Welsh Bruce Lee, I suggest? He’s smaller, more nimble with flashy footwork and unorthodox moves. “Yeah, the Welsh Bruce Lee,” he accepts. “I just can’t kick.”

His showboating at times is a sight to behold. “I don’t mean to do it, it’s just the way I fight. I don’t mean to disrespect the opponent or anything. But tomorrow it’s all about looking to get the win,” he said. “We’ll see what happens.”

One thing he’ll have to get used to is the trouble he’s found at times getting the fights he wants. So far he hasn’t found a challenger for his British title. “No one wants it. Kevin Satchell pulled out, Charlie Edwards pulled out, Iain Butcher pulled out,” he said. “I’m just used to top opponents as you’ve seen in the amateurs. Some of these professionals are not that level.”

Pressing forward to a world title shot, he’ll now hope to get the major fights he needs.