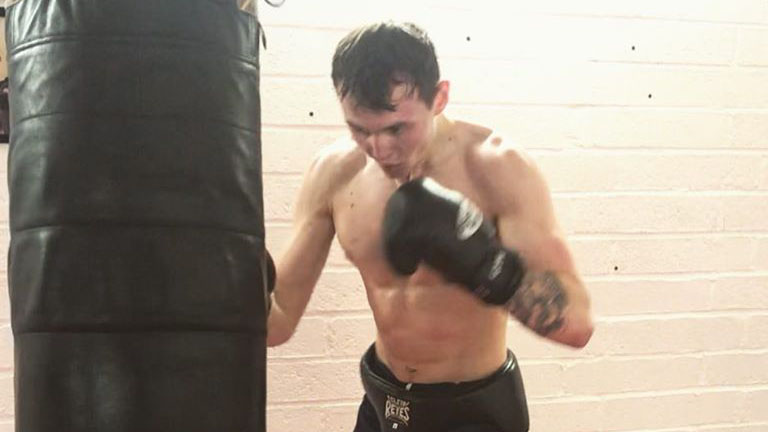 Paul Wheeler talks to Harry Woods, a man who cherishes his England vest

When and why you started boxing:
I started at Kirkby ABC when I was 11. I went to the gym with a couple of mates because my grandad always had a big interest in boxing.

Personal career highlight:
Getting my England vest as an amateur. I wanted it as a junior but finally got it as a senior. I’d say that’s been my proudest achievement so far.

Toughest opponent:
Peter Mullenberg. He went to the 2016 Olympics. I boxed him at the Eindhoven Box Cup in 2017. I lost a close fight on points, but it was a good experience for me.

Best and worst attributes as a boxer:
My strengths are my jab and my ability to work on the inside. Back in the amateurs, I was always looking to immediately hit back whenever I got caught. I was too focused on just trying to hurt my opponent.

Training tip:
Work as hard as you can and put everything into it.

Favourite meal/restaurant:
There’s an Indian restaurant in Liverpool that I like called Mowgli.

Best friends in boxing:
Everyone at the Everton Red Triangle gym.

Other sportsman you would like to be:
I’d like to give MMA a go, though I might not be good at the grappling side of it!

Who would play you in a film of your life:
I’d pick Leonardo DiCaprio.

Have you ever been starstruck:
I don’t really get starstruck.

Last time you cried:
I’m not much of a crier, to be fair. Watching that After Life was quite emotional though.

Best advice received:
When I boxed Peter Mullenberg, I always remember one of my mates watching the fight, Luke Wilkinson, shouted out to me in the last round: ‘It’s only three minutes, H!’ That’s just always stuck in my head.

Something not many people know about you:
I’ve got a qualification in Business Analysis.