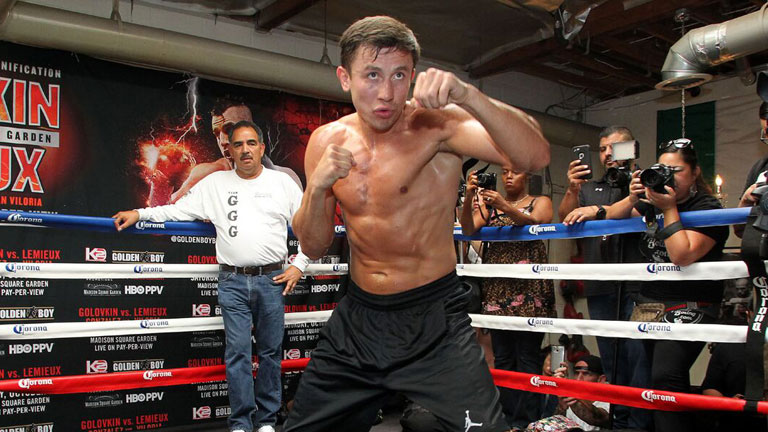 BOXING has always been about the boxers. Occasionally, the spotlight shifts its focus to those that fill the multitude of roles that exist within the sport, and there’s no hiding from the fact that some of the fight world’s most memorable moments have been provided by personalities not engaged in battle. The cornerman can be a pivotal figure in the seconds or inches between triumph and failure, and when the opportunity has arisen to steal the scene, countless coaches have defined their careers, while others have fluffed their lines.

Sugar Ray Leonard’s 1981 epic with Thomas Hearns is fondly remembered for the former’s mentor, Angelo Dundee, emphatically informing his charge that he was “blowing it”, perhaps changing the outcome.

Teddy Atlas is no stranger to wacky antics, a quirk highlighted during his time with southpaw Michael Moorer, which included the heavyweight champion returning to his corner to find Atlas perched in his stool demanding to take his place in battle.

The multitude of media now involved in boxing has made the sport’s schools of excellence more accessible than ever. Freddie Roach – Pacquiao’s master – and Mayweather siblings, Roger and Floyd Snr, became household names via HBO’s 24/7 and All Access on Showtime, and, along with Detroit punch professor Emanuel Steward, who had a vice-like grip on the heavyweight crown for the best part of two decades – thanks to star pupils Lennox Lewis and Wladimir Klitschko – they were the leading trainers of their generation. The majority of those dominating the mythical pound-for-pound list for the last quarter-century have sought the wisdom of the aforementioned mentors in the search of either a quick fix or sustained domination.

In the tragic loss of Steward in 2012, sport lost one of its finest teachers. Indifferent form from a number of Roach fighters, Floyd Mayweather’s inactivity and recent retirement limiting his family’s employment, has seen new fighters emerge and with them a crop of coaches finally obtaining the acclaim that their hard work has long deserved. Kazakh powerhouse Gennady Golovkin is frequently painted as the man to carry boxing through the post Pacquiao-Mayweather depression, and audiences will doubtless get to know the methods of his California-based trainer Abel Sanchez.

“Construction was my background, so becoming a fighter was something I couldn’t commit to,” reflects Sanchez to Boxing News. “Because of my job, I always found it easy to deal with people, and I helped a few guys out with some training, but never nothing serious. My reputation grew a little bit and I found myself training Terry and Orlin Norris, and both of those guys went on to become world champions when I was training them, so the first few guys I got involved with all went on to become champions of the world.”

Sanchez would develop his own gym from scratch in California’s Big Bear holiday resort, and the base is now home to Golovkin as he plots his 160lb takeover under Sanchez’ studious eye. Initially set up as a service to locals and also for his “good friend” Steward to use when preparing his fighters, the mountainous haven is now primarily the home of boxing’s next big thing and a trainer whose reputation is growing rapidly.

“I’m fully in charge here and that means I do everything for my fighters. Too many guys these days are getting their strength work off this man, their diets off somebody else and then they go get their pads someplace else. I do everything and that includes their boxing work, their strength and conditioning, their cardio work and I also do nutrition. It works better that way because I know everything the fighter has done in the build-up. I’ve been around a long time to know what works and what doesn’t, and this is the way it has to be for my fighters. Of course people are different and will have other ideas, but that’s up to them.”

Another overseas menace making a significant impact Stateside is Russian animal Sergey Kovalev. Under the tutelage of former two-weight world champion John David Jackson, Kovalev has claimed a cluster of light-heavyweight world titles, beating the likes of Nathan Cleverly, Bernard Hopkins and Jean Pascal. Jackson’s input into Kovalev’s reign of terror has perhaps not had the credit such guidance warrants, but the young coach is happy for his fighters to take the plaudits.

“It’s all about them and that’s the way it should be,” Jackson notes. “I’ve had my time as a fighter, I don’t want my face in the cameras the way certain other trainers do. The last Pascal fight, a big deal was made about [Jean’s new cornerman] Roach, and
I was like, ‘Come on, this should just be about the fighters.’ The trainers that talk a lot are the ones who get the most attention, but I know with my background as a fighter and the way I’ve been brought up by my trainers, I’m in the top five trainers in the world.”

The background Jackson mentions saw him capture glory while being guided by the legendary George Benton. His transition to trainer was slow, but eventually Jackson’s hard work was noticed by Shane Mosley, who employed his fellow American to prepare him for a rematch with Winky Wright in 2004. Former professional foe Hopkins was Jackson’s prize project for a brief period, and today, the Denver man has his time occupied by Kovalev and welter Chris Algieri.

“Training at the moment is a good thing and it’s something I’m enjoying because I know I’m good at it,” he explains. “Too many trainers today are focused on cardio workouts and doing fancy pad routines that do nothing for a fighter because them scenarios will never once present themselves in a fight. I’m one of the few who concentrates on the basics. A good jab, catching shots with the glove, bobbing
and weaving, footwork and setting traps. Not enough trainers are doing the basics and they’re at a major disadvantage when they come up against a fighter who knows these.”

One fighter Jackson and Kovalev are yet to oust from the 175lb top table is Haitian-Canadian puncher Adonis Stevenson. With Javan “Sugar” Hill handling his training duties, Stevenson arrived with a one-round victory over Chad Dawson in 2013. Hill, the nephew of Kronk founder Steward, now manages his uncle’s gym, and he’s eager to continue the Detroit icon’s incredible legacy.

“Manny is my hero and I just wanted to be like him,” reveals Hill, who once worked with the Detroit police department. “When I decided to become a trainer, I told Manny and he was on his way to the airport to train Lennox Lewis. He told me he’d help me and I was expecting a big lecture, but it was a five-minute chat that I can still remember. He was standing in his suit in a rush and he told me a few basics that I needed to follow about stance, the fighter’s jab, where the weight on the foot should be and little things like that. He told me to get all them things right and the rest would follow. That was my uncle all over. He made the hardest of things sound so easy, but when you break boxing down then I guess he was right… What my uncle done for Detroit will probably never be done again as he turned what was essentially a community centre into one of the best gyms the world has ever seen. So many fighters made Kronk their home and some of the trainers I see doing well now had picked up a lot of education off my uncle. It’s great having that opportunity to do what my uncle done and that’s train world-class fighters, but ultimately I want to bring boxing back to Detroit in a big way, the way my uncle did,
and create a number of world champions from the city. That remains my dream.”

Carrying the hopes of a region is something Felix Verdejo is becoming accustomed to. The Puerto Rican sensation is arguably boxing’s brightest prospect, and his desire to make the same splash in America as compatriots Felix Trinidad and Miguel Cotto is a prime reason why Verdejo is on the path to achieving similar glory. Ricky Marquez, Verdejo’s coach since childhood, has already enjoyed successes with fellow Boricuan Jose Pedraza, and he’s relishing the challenge of testing Verdejo against the world’s leading fighters.

“There’s a nice pressure working with Felix because in many people’s eyes he’s the future of the sport, but that’s a major motivational tool for me as I need to be the best trainer I can be to make sure that he fulfils that potential,” muses Marquez. “Everything is covered in my preparations both physically and mentally, and I know that when one of my fighters goes in the ring, he’s going in there paying the price in the gym and that he’s 100 per cent ready. That gives me confidence when Felix gets in the ring and that goes a long way to taking the pressure off.”

Marquez’s ideas are ingrained from an old-school mentality that still exists in his homeland, and he’s keen to emphasise the hard work expended by his predecessors who have helped pave the way for trainers such as himself, and fighters like Verdejo.

“This tiny place has created so many world champions and almost all of them were trained by a Puerto Rican trainer. That speaks volumes about the talent we have here and there’s so many young trainers just waiting to get their chance. We know what we’re doing here and I’ve been in boxing for as long as I can remember as a fighter, trainer, manager, referee and judge, so I see every single aspect of the sport and use that to the best of my ability. The next 12 months can really define my career as a trainer, as I fully expect Felix and another of my fighters, Christopher Diaz, to be fighting for world titles by the end of the year. We’re all working hard to reach our goals and nobody is going to stop us.”

For an age, spectators of this sport became familiar with the practices and personalities of the Wild Card gym and Mayweather Boxing Club. Memorable moments were provided aplenty, but it appears a new wave of coaching talent is ready to capitalise on the same opportunities that presented itself to those that ruled before them.