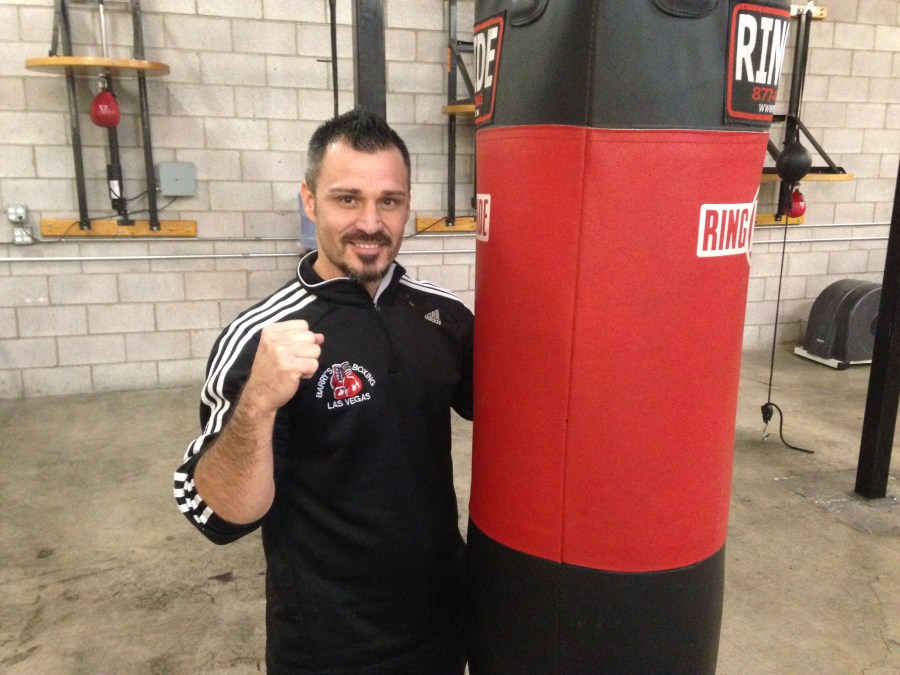 THE imperious labyrinths of the Las Vegas casinos loom while Augie Sanchez operates in the shadows of a nearby neighbourhood.
Sanchez, a former WBO featherweight title challenger, trains kids and young pros at a gym not far from The Strip. He was once a power-punching contender who came close to reaching the top before falling at the violent fists of Naseem Hamed. Yet aside from the Sheffield star’s rocket launchers, Naz had not delivered much Sanchez had not already seen.
As the Las Vegan walks into a side office in the Barry’s Gym, that he runs with his father-in-law Pat Barry, he’s reminded that he is the last American to defeat Floyd Mayweather Jnr. They had four fights in the amateurs, Sanchez won the second. He recounts their bouts as teenagers, including a couple that ended up as toe-to-toe battles. Before they became rivals they were friends, but once they started competing for the same prize a wall of silence soundtracked their increasingly frosty meetings.
Ultimately, Floyd handed Augie two defeats in the Olympic box-offs, and went on to the Games in Atlanta in 1996 when he lost in the bronze medal round to Serafim Todorov. Sanchez is asked whether the right guy went to the Olympics. “I would have got a gold,” he says, unflinchingly. “You never know where the road leads you to.”
Then he turns his attention back to Mayweather. “He’s always been a gifted fighter. He always stood out. Everyone wanted to see this guy, they wanted to see him fight and see what he could do. Throughout the tournaments it was always, ‘Mayweather’s here. Mayweather’s here.’ And I was like, ‘So what? Bring him on.’”
Augie only took 11 losses from 186 amateur fights. Initially, after he and Mayweather both signed with Top Rank it seemed they could be on a collision course, but it was not to be.
The lucrative opportunity eventually came, however, when Sanchez fought the unbeaten-in-34 “Prince” in Connecticut. It was a four-round shootout and Sanchez was stretchered from the ring at its conclusion. “He had that devastating record for a reason,” Sanchez remembers of Hamed.
“He was a great talent. I’d seen a lot of his fights. I’d seen his ring entrances, how he would talk before a fight and I had an idea, but when the fantasy became a reality it was overwhelming.”
What was he particularly impressed by?
“His shorts,” jokes the American.
He knocked down Hamed although it was not officially scored. Naz would only fight twice more and Augie had just another three. Hamed will this year be inducted into the International Boxing Hall of Fame; Sanchez, meanwhile, will be trying to forge a future inductee in his gym. He says Hamed earned his Canasota spot. “He did phenomenally as a pro,” Sanchez continues. “He brought a lot of money to the featherweight division because of his flamboyance and his arrogance. He knew how to sell and how to promote a fight.”
Sanchez, though, made his own mark. In his 28-3 (25) career he fended off veterans such as Luisito Espinoza and Jorge Paez and some fringe championship fighters like Daniel Jimenez and Nestor Lopez. By the time he hung them up, in 2001, he no longer felt the same desire that had helped get him a shot against Hamed. Yet he enjoys what he is doing now. He even allowed Mayweather to train in his gym before his 2007 fight with De La Hoya.
He has been married to his childhood sweetheart Dawn for 15 years. They first met when she was a ringcard girl for one of his early fights.“My goal as an amateur was to go to the Olympics,” he recalls. “That didn’t pan out. So my next goal was to try to go as far as I could as a professional fighter and I went to the top level, fighting Hamed for the world title. I mean, how many fighters can say they went to that level? Me not winning that title wasn’t necessarily a negative – I felt it was positive. And if I won that fight, who knows what I would have been. But I got to that level, that was my goal.”
The money and fortunes of Mayweather and Hamed were close, but it was not to be.
“It could have been me,” he laments. “When I fought Hamed, if I’d beaten him, my career would have gone on a different path, on a different trajectory. I would have had a rematch and maybe made a few million dollars and then I would have fought [Marco Antonio] Barrera or Erik Morales – one of them – so who knows what that would have led to. But I think everything works out for a reason because I don’t think I’d be the man that I am now, and how I am now. That money probably would have made me arrogant and snobbish and all those other things. I don’t know what would have happened if I had been in that position but I’m thankful for what I am now. I’ve got three beautiful kids, I’ve got a great wife, a great family, we have a great boxing gym, we’re helping kids stay off the street and I couldn’t really ask for any more. You can’t take money with you when you go so I live for the moment.”