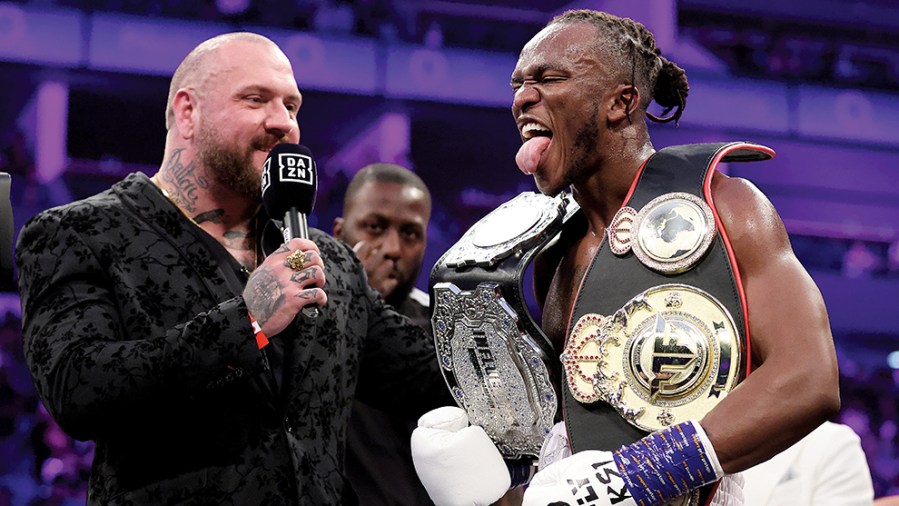 IT WAS confirmed a few days ago that the fight between YouTubers KSI and FaZe Temperrr this weekend will come at a cost of £11.99 on DAZN PPV. Fans in the US would have to stump $39.99 for the show. What a wonderful start to 2023. KSI was initially scheduled to fight mixed-martial artist Dillon Danis – best known for his peripheral connection to Conor McGregor – on Saturday, but Danis recently pulled out for undisclosed reasons. In his place steps Mr Temperrr, who is apparently still learning how to use a keyboard.

It’s embarrassing. We entered this year knowing that the PPV market was a mess, but it’s now apparently being propped up by influencers rather than actual boxers. BT Sport came under plenty of fire for Tyson Fury’s trilogy bout with Dereck Chisora taking place on PPV late last year, but that was nowhere near as pessimistic as this KSI farce.

This isn’t a complaint on behalf of consumers. It’s very easy to just not watch this PPV, and if you do choose to pay for it then you’re either a teenager charging it to a parent’s credit card or someone in dire need of an intervention.

No, this is more of a plea to protect the rapidly diminishing reputation of boxing. The precedent of influencer boxing is no longer in the process of being set – it is dyed in the wool. Almost every major broadcaster has had some involvement with it, though none are as committed as DAZN.

On the streaming service, KSI sits alongside the likes of Canelo Alvarez and Anthony Joshua as someone who now consistently performs on PPV. The Brit deserves credit for growing his profile into what it is, but he does not belong in PPV boxing. He is only there because of the deep flaws in the sport.

To a far lesser degree, Sky Sports have also received flack for the announcement of the £19.99 price point attached to Chris Eubank Jnr’s upcoming fight with Liam Smith. Eubank was, of course, originally set to fight Conor Benn on DAZN PPV before that fight was scrapped at the last minute. Instead he’ll now face Smith on Sky Sports Box Office.

It’s an interesting fight that would have made an excellent headliner for a regular Fight Night card, but it’s hard to justify its PPV status, especially at £20 a pop. In this instance, this is much more of a problem for consumers. Eubank Jnr-Smith is likely to be a lot of fun and there will be plenty of boxing fans interested in seeing it play out. But in this economic climate, especially in January, £20 is a big ask.

So the state of boxing broadcasting isn’t off to the best start in 2023. The rise in PPV prices isn’t massively surprising given that the price of almost everything on the planet has risen sharply over the past year, but that doesn’t make it any easier to swallow.

Speaking to the DAZN Boxing Show, promoter Eddie Hearn stated that Benn – who is currently under investigation after two failed drug tests last year – will “return either early 2023, or mid-2023.”

He went on to say: “[Benn] submitted all the evidence to clear his name and now we’re waiting on VADA and the WBC to make their decision. We want that decision as soon as possible. But the fact is that Conor Benn can fight, not anywhere in the world, but most places in the world right now. He’s not banned by anyone.”

Hearn also said that they want to proceed with “the hearing” in order to properly clear Benn’s name. It wasn’t made clear who that hearing would be with. Benn relinquished his British Boxing Board of Control licence last year on the morning of a scheduled misconduct hearing, which he then did not attend.

Benn has been much more active on social media these past few weeks, actively urging the likes of the WBC to speed up their investigation and announce a decision. There appears to be a lot of confidence from the Benn camp. When the news initially broke, Hearn was much more reserved in his comments about the failed tests and, at times, seemed to distance himself from the issue.

He is now apparently convinced Benn can prove his innocence, which suggests there have been significant developments behind the scenes. We could see a resolution – for better or worse – to this in the very near future.

Hearn even went on to matchmaking for Benn, dubbing a fight with Eubank Jnr “one of the biggest in boxing right now” and also floating the idea of Conor facing Gervonta Davis. At this point, with no confirmation either way of Benn’s innocence or guilt, it does feel odd to see such fights being discussed with so much enthusiasm. Particularly one with Davis, who currently operates at lightweight – two divisions below Benn – and is established at world level.

Mikaela Mayer, one of the most prominent female fighters operating in boxing right now, called for three-minute, 12-round fights for championship fights between women during an interview with BBC Sport.

“When you don’t allow women to go three-minute rounds, you are holding back the evolution process,” she said. And she is spot on. There’s no scientific or logical reason for women to box fewer and shorter rounds than men and with names like Mayer calling for change, hopefully the sport can drag itself out of the stone age.

It also looks like we could be a step closer to Tyson Fury and Oleksandr Usyk fighting this year as promoter Frank Warren told talkSPORT that a draft contract has been sent to the Ukrainian’s team. If that’s true, we can all start being a little more optimistic about 2023. 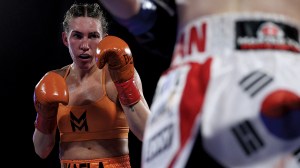