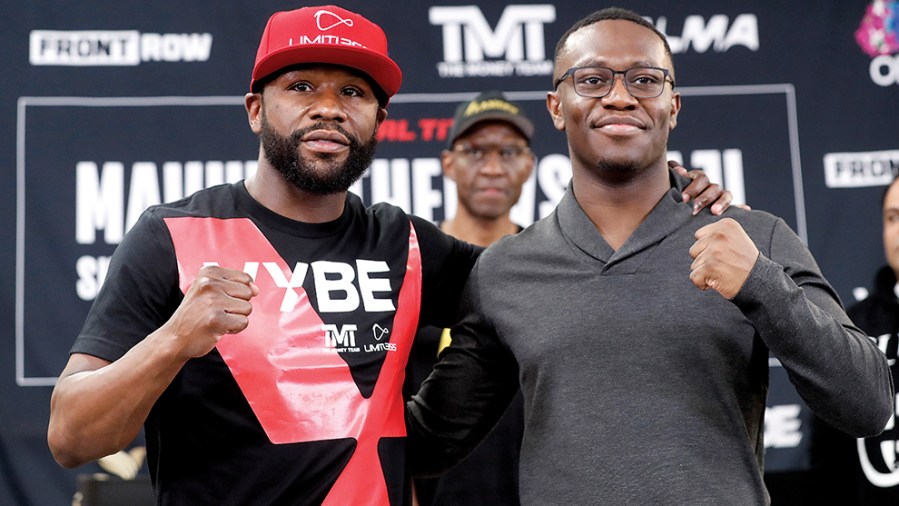 The returns of Mayweather and Hatton steal the attention during a busy weekend, writes George Gigney

I’M SORRY, but I’m going to be that guy again. This past weekend there were several boxing cards that took place across the globe and broadcast on various different platforms, namely Sky Sports, BT Sport, DAZN and FITETV. For fans of the sport, there was plenty to sink your teeth into.

On Saturday night there was also UFC 281, which took place at Madison Square Garden in New York. It was a momentous card with thrills, spills and what I can only imagine were very high electricity bills.

That one UFC card blew every boxing show completely out of the water. In fact, what boxing had to offer in comparison was almost embarrassing.

In fairness that isn’t true of everything that happened within boxing over the weekend; Sunny Edwards turned in a commanding performance, Natasha Jonas was brilliant and Nick Ball produced a thunderous first-round finish. Denzel Bentley also asked plenty of questions of Janibek Alimkhanuly in a surprisingly tough fight.

But those aren’t the fights that dominated the headlines. The attention went to Floyd Mayweather. It went to the exhibition fight between Ricky Hatton and Marco Antonio Barrera. And it went to the farcical disqualification of Montana Love against Stevie Spark.

Mayweather was taking part in an exhibition against a YouTuber named Deji. It took place in Dubai and was on DAZN PPV – yes, people were expected to pay extra for this. The entire event was ridiculous. Mayweather, clearly not taking things seriously (and why should he?), was dancing around the ring and seemingly having the time of his life. There are clips doing the rounds on social media of Mayweather throwing punches at Deji that would have barely dented a pillow.

Tommy Fury was on the undercard, though his scheduled fight was replaced with an exhibition because he came in overweight. Jake Paul was ringside and worked some of the commentary, though mainly just shouted expletives at Fury. This enraged Tommy’s father, John, who ripped off his shirt and tried to fight Paul there and then.

Hatton and Barrera, unsurprisingly, conducted themselves with much more respect and they were afforded that back from fans, pundits and commentators at ringside. Their bout was never advertised as anything more than an exhibition – and Hatton’s zimmer frame walkout was a particular highlight – but this was still two icons of the sport punching each other in the head when they should just be enjoying retirement.

The exhibition was on Sky Sports and overshadowed the billed main event, which saw Jonas once again prove herself at world level.

Then, once again on DAZN, there was the debacle with Love and Spark. Love had been dropped early in the fight and in the sixth round barreled into Spark, eventually forcing him through the ropes and out of the ring. Love was then disqualified and Spark declared the winner.

That call from the referee might have been a little harsh but, either way, it was a very disappointing end to that particular show.

What this weekend once again proved is that boxing is becoming a laughing stock. Instead of the best fighting the best, broadcasters and promoters are offering up glorified celebrity spars and retirement tours.

Football has the World Cup starting this weekend. The NFL continues as a global behemoth and has the Super Bowl every year. The UFC is consistently staging huge events – including one in Perth next year – every few months and is establishing genuine fighting superstars.

What do we, as boxing fans, have to look forward to at the moment? There’s nothing in the schedule to blow your socks off. Yes, there are some good matchups but the blockbuster ones aren’t happening. It’s no wonder events like Mayweather-Deji get so much attention – there’s nothing else to talk about. 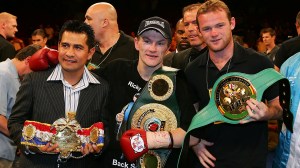 The WBC recently held their annual convention in Mexico and announced a swathe of new policies, rankings and fights that they have “ordered.” What was also revealed was that the sanctioning body has taken upon itself to change the result of a fight that happened over 30 years ago.

It was announced that the WBC have reversed the decision of the first meeting between Jeff Fenech and Azumah Nelson in 1991 and have now declared Fenech the winner. The fight was for the WBC super-featherweight title, which Fenech has now been retroactively awarded.

While Fenech should have had his hand raised on that controversial night in 1991, the WBC are setting an alarming precedent with this latest decision. If sanctioning bodies can now just decide who they think should be – or should have been – ‘world’ champion (using criteria that hasn’t been explained), then what’s the point of using trained judges? Or referees? Just let two fighters slug it out, film it, then show it to Mauricio Sulaiman in a few years and have him decide who the winner is.

To his credit, Nelson responded to the WBC’s decision with class: “I am not worried about the decision, as it doesn’t change my legacy in boxing history, nor would it change anything going forward. If this will help Jeff Fenech to sleep well at night, I am happy for him,” he said in a statement.

It didn’t get a huge amount of coverage, but former British and Commonwealth light-heavyweight champion Callum Johnson recently announced his retirement from professional boxing. What’s noteworthy about his announcement is how honest it was – he openly admitted that discipline issues and struggles with his mental health held him back in the sport.

It’s a special thing for an athlete to recognise that their mind is not operating in the way it needs to for them to succeed in their sport and to then take action. Johnson deserves nothing but the best in retirement.

Coverage begins at 12am