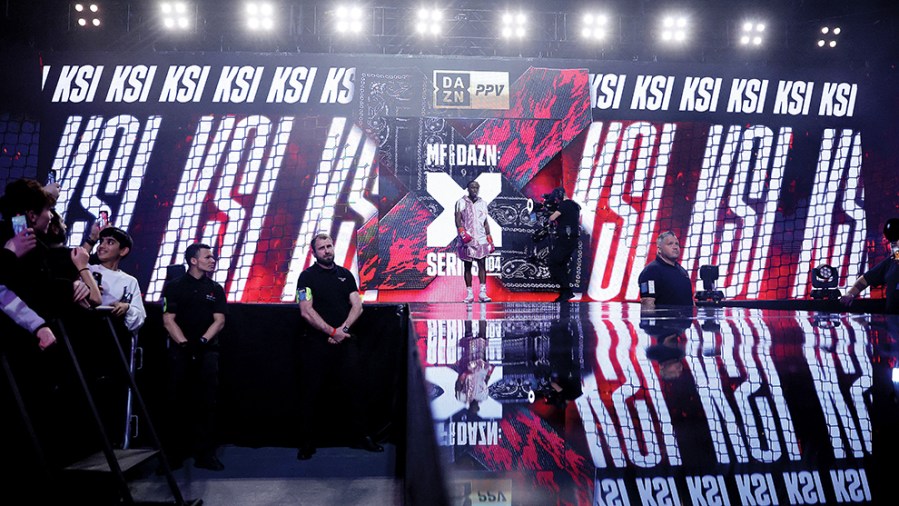 AS YOUTUBER KSI stormed round the ring, lapping up adoration from the crowd before screaming down a microphone about fighting various other influencers having just stopped FaZe Temperrr in what was billed as an exhibition fight, everything just felt quite boring. Not only was this extremely predictable and pointless, it was tiring to take in.

We know what this is: a cash grab for all involved. KSI has no intentions to rise through the professional ranks and fight for titles and nor should he, this is just another venture – like his energy drinks business and music career – to further build his profile and grow his bank account.

Before a couple of revelations over the past week, we thought DAZN’s involvement with KSI and other YouTubers had similar motivations: to take advantage of a very strange gap in the market and milk it for all its worth. To an extent that is true but it now seems DAZN’s commitment to influencer boxing has perhaps become a necessity.

Bloomberg reported that DAZN had made an overall loss of £2.3 billion in 2021 and an operating loss of $1.36 billion. DAZN CEO Shay Segev told Bloomberg the main reason for these losses was DAZN’s $1.9 billion acquisition of German and Italian football rights for the Bundesliga and Serie A. In the USA, DAZN’s chief source of content is professional boxing.

Backed by billionaire Len Blavatnik, DAZN burst onto the boxing scene a few years ago and has become one of the sport’s major players. But there’s no denying the streaming service’s expansion within the USA has not gone to plan.

Running such high losses would be fatal for the vast majority of businesses. But Blavatnik’s backing gives DAZN something of a safety net. Netflix, the world’s biggest streaming platform, struggled to make significant profits for many years. That comparison can only be taken so far as Netflix did not initially have an investor like Blavatnik and the company’s true success came after it pivoted its business model from film rental delivery to online streaming.

The point is that these losses do not mean DAZN is dead in the water. They certainly put the business in a difficult position, one that is far from sustainable, but DAZN may well have entered the sports broadcasting market knowing full well it would take losses for some time before dominating certain markets. The war chest Blavatnik provided would certainly speak to that.

We have already seen changes to DAZN’s approach in just a few years. After launching with a bold anti-PPV message, the broadcaster launched its own PPV platform last year in a conscious effort to recoup losses. And then there is the most recent development: DAZN’s long-term commitment to influencer boxing.

Last week it was announced that KSI and his Misfits Boxing outfit have signed a five-year deal with DAZN for exclusive broadcast rights. Speaking to 5 Live Boxing about the partnership, DAZN executive vice president Joe Markowski said: “We’ve been in this space since 2019 and I always felt like DAZN gave birth to this level of crossover boxing because we had the first mega event in this space with Logan Paul against KSI.

“It was great. Then we had the first Jake Paul professional fight, I think, in February of 2020, at Super Bowl weekend in Miami. And of course, Covid disrupted the sports industry hugely and that was one of the projects that got on the backburner a little bit for us.

“But we always knew that we wanted to come back in a more meaningful way to this space and we maintained relationships with all the key players accordingly. And those relationships have paid off because we’re now in a five-year relationship with what we think is the most professional operation in this space in Misfits.”

Such long-term deals have only been handed out to the likes of Canelo Alvarez and Anthony Joshua. So it’s not much of a leap to surmise that influencer boxing – which Markowski so optimistically tried to dub “crossover boxing” – is now a staple of DAZN’s business plans for at least the next few years.

The Telegraph recently reported that the WBC intends to introduce separate divisions for transgender fighters. The outlet spoke to WBC president Mauricio Sulaiman, who said: “In boxing, a man fighting a woman must never be accepted, regardless of gender change.”

First off, his statement misgenders trans fighters and so immediately raises some red flags. While the Telegraph piece handles the issue – which is a complicated one – well, it did not include any actual trans voices within it.

In much the same way, one wonders how much the WBC worked with the trans community in drawing up its plans for these new divisions. Patricio Manuel, probably the most famous trans boxer in the world at the moment and who is mentioned in the Telegraph article, has since condemned the WBC’s plans.

Manuel, who was born a woman but has since had gender reassignment surgery and identifies as a man, took to social media and said: “Disappointment is an understatement. The WBC is inherently dehumanizing transgender people by implying that trans men aren’t men and trans women aren’t women.”

Regardless of your views on the issue, if trans athletes are not involved in the conversation at all then that is setting a very dangerous precedent. It’s undoubtedly a positive sign that the WBC are addressing the topic of trans boxers head on rather than not acknowledging these fighters at all, but it cannot come up with decisions that ultimately harm those athletes. 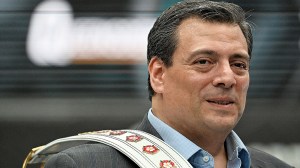