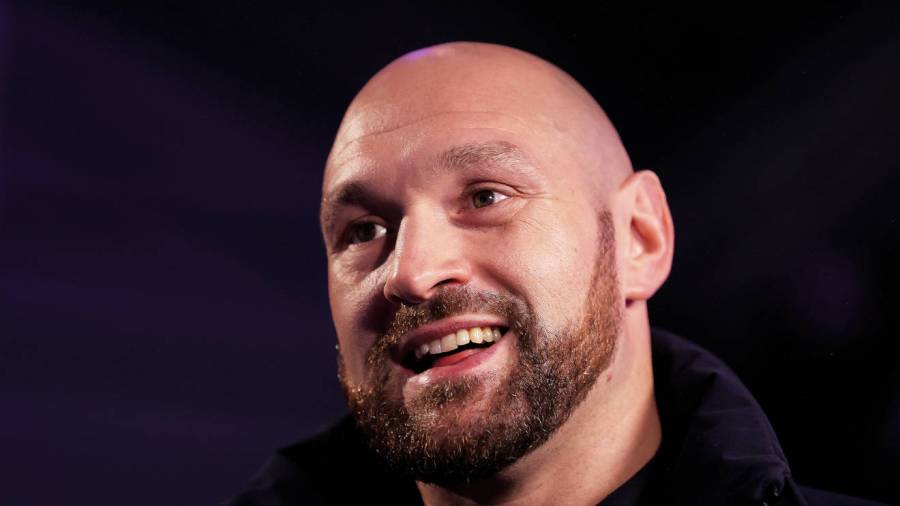 Press Tyson Fury on subjects he would rather not discuss and you risk facing the wrath of "The Gypsy King", writes Matt Christie

ANYONE who has interviewed Tyson Fury on multiple occasions will tell you that he’s wonderful to engage with when he’s in the right mood but can be hard work when he’s not. Though one of a kind, he’s a human being. We all have good days and bad.

It was clear in the early moments of his interview with YouTube giant True Geordie that this was one of those bad days. When asked for his opinion on Conor Benn’s failed tests, an already prickly Fury said: “It’s none of my business… It’s none of my concern… I don’t really care.”

First rule of interviewing Tyson Fury: Do not ask Fury about drug-testing in boxing, a sport in which he once received a two-year ban for failing them.

Second rule of interviewing Tyson Fury: Do not ask Fury a question that he deems to be disrespectful. Like those about his upcoming third fight with Derek Chisora. The interviewer, Brian Davies, suggested there could have been a better opponent considering Chisora lost the first two bouts so convincingly.

“Why is it history-making?”

“I’ll enlighten you, I’ll be the first heavyweight champion in history to complete two trilogies,” Fury replied. “Now you know why it makes more sense to fight him rather than a foreign fighter that nobody knows… You’re better off fighting someone that people know and can support.”

The second part of that statement made sense. Chisora is marketable and popular and well-known. But Fury-Chisora seems unlikely to match Muhamad Ali-Joe Frazer, Ali-Ken Norton, Riddick Bowe-Evander Holyfield or even Holyfield-John Ruiz when it comes to historic heavyweight trilogies.

“I hear you compared to the greats,” Davies went on. “For me, you’re right up there, but the difference is, with Muhammad Ali, with Lennox Lewis, you can look back on their career and say these guys fought everyone in their era and right now, that seems to be a real struggle for you.”

That was harsh. We’re a long way from ‘looking back’ on Fury’s career. Though the Chisora contest is far from ideal, it comes after three fights with Deontay Wilder, a one-sided thrashing of Dillian Whyte and directly before – we’re led to believe – a showdown with Oleksandr Usyk in early 2023.

Fury-Chisora III is surely not designed to make history, though it does follow a theme that’s been common since boxing began. It’s a fight to mark time, even if plenty believe a waste of it, and make some money. Boxing is, and has always been, full of such affairs. Ali had several of them. Fighting Chisora a third time is unlikely to enhance Fury’s legacy in any way, let’s face it. But the time to judge that legacy is long after he’s (really) retired and Fury-Chisora III is long forgotten.

Harder to forget – and for many, to forgive – will be Fury, one of the most influential figures in boxing, hurling insults on public platforms for the whole world to see and hear.

Imagine another elite athlete coming out with that. But this is boxing. Where no difficult questions are allowed.

The Ring announced last month they would become a digital only platform and that the November/December edition would be the last to be printed.

For fans of a certain age it’s a glum announcement. I still remember scouring newsagents for the latest copy and it feeling like Christmas when I found it.

Times change, however. The decision is understandable and could in time turn out to be a shrewd one. With production costs being cut dramatically, The Ring can now focus their efforts on building their digital footprint. The Ring remains a crucial fixture in the boxing landscape.

Printing and distribution costs are surging all over the world. We’d also be foolish to deny the truth that appetite for the written word has been supressed by the easier-to-digest content of YouTube and the like. As a monthly, The Ring struggled with the consumer’s need for immediacy.

For the record, Boxing News has no plans to move to digital-only though we will continue to push our digital platforms alongside the paper product.

Thankfully, there is still an appetite for educated and accurate reporting. For that weekly commentary on the sport. Now, more than ever before, we have an exceptionally important job to do. Long may it continue.