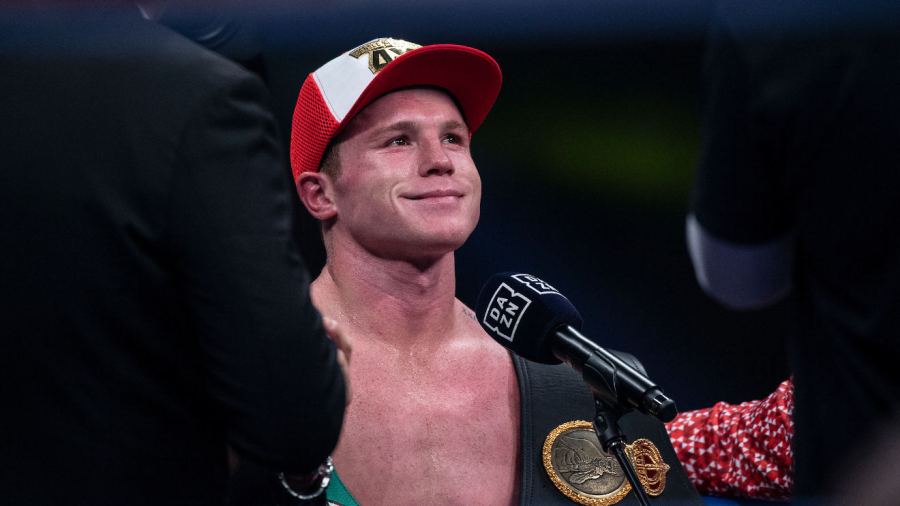 DAZN is slick and user-friendly but the streaming channel didn’t exactly land in the UK with a bang, writes George Gigney as he reflects on the week in boxing media

Broadcasts
DAZN, finally, launched in the UK with none other than the sport’s biggest star, Saul ‘Canelo’ Alvarez, who outpointed Callum Smith to become super-middleweight champion.

They did also have another of boxing’s leading names, Gennady Golovkin, fight over the weekend, the night before Canelo dethroned Smith.

You would think, with such names on display, the rollout to a UK – and global – audience would have happened with significant fanfare and hype. That did not seem to be the case.

It doesn’t need to be explained that DAZN is a streaming service, but what this means is that it does not have the media power of channels like Sky and BT in the UK to promote its content. Fighters that are set to appear on those respective channels are wheeled out on various shows and in interviews prior to their fights, and rightfully so; it’s a smart model. They can attract the attention of those not just interested in boxing.

DAZN, if they want to reach those same eyeballs, will need to rely on advertising to do so. Take Smith, for example. He has fought on Sky his entire career, yet there was minimal coverage of the biggest fight of his life on Sky Sports throughout the week. In a business sense, that is understandable; Sky wouldn’t want to promote a competitor’s content, but it serves as a solid example of the challenge DAZN faces on these shores.

Despite being a standout match-up on paper, Canelo-Smith didn’t feel like a big fight here in the UK. We had a Brit – recognised as the best in his weight class – taking on the pound-for-pound king and boxing’s number one attraction to launch a new broadcast platform, yet there was very little build-up. Of course, this is partly down to Covid-19 restrictions, which obviously limit things like travel and face-to-face interactions.

This also isn’t a case of the content itself not being up to scratch – the broadcast was slick, and to see a big fight with a decent-sized crowd reacting to the action was a genuine thrill. DAZN had Gareth A Davies and Joe Calzaghe on hand to provide reaction and analysis to the weekend’s action, and DAZN also grabbed interviews with the likes of Errol Spence, who said he’d be willing to go to 160lbs to fight Canelo.

DAZN’s app also introduces a relatively new way to consume boxing content, with options to watch the fights back on demand, along with the supplementary shows, highlights, full fight cards etc. It’s easy to use and works pretty seamlessly. However, and this may seem like a small gripe, but the Golovkin and Canelo fights were not available in full the morning after. Highlights were up, but not the fights in their entirety. There will have been plenty of fight fans who didn’t stay up to watch the fights live, but will have wanted to watch them in full ‘as live’ at a more reasonable time in the morning.

So no, DAZN did not storm into the UK market with a bang, but they may not have been their intention anyway. If they continue to provide a steady stream of excellent fights, the fans will come – particularly at the current price point of £1.99.

After their respective wins, Canelo and Golovkin were both asked what their plans are next – more specifically if they’ll target a third fight against one another – yet both opted to simply state they’ll fight “whoever the fans want.” Like Anthony Joshua after he recently beat Kubrat Pulev, they failed to throw the gauntlet down to their most obvious rival.

Yes, it’s never really been the style of either Canelo or Golovkin to call fighters out, and there are financial considerations as well (Canelo is no longer tied to a broadcaster, so can essentially do what he likes), but in this instance – as with Joshua and Tyson Fury – there really is no other competing option.

To their credit, both Sky Sports and BT Sport are now pumping out content about a potential Fury-Joshua fight – DAZN might consider doing the same for Canelo-Golovkin III if they want to secure it.

Fury, for his part, did not shy away from calling out Joshua this past week, appearing on Good Morning Britain and The Jonathan Ross Show to discuss his domestic rival. Of course, these appearances may have had something to do with the BBC Sports Personality of the Year, which took place on Sunday and for which Fury was nominated. He insisted that he did not want to be included, though, and even claimed his legal team had written to the BBC to have him removed from the shortlist.

Vasyl Lomachenko is not usually the sort to reflect poorly on a fight, but in a recent interview with his own YouTube channel – LOMUS OFFICIAL – the Ukrainian star offered up a disheartening view of his loss to Teofimo Lopez.

“I took one round from the first half and five from the second. Six each, a draw… It’s not about bias, it’s about being bribed. I don’t know whose game it was. I do think it was somebody’s game.

“Question is if he [Lopez] agrees to [rematch], I think he won’t. They are afraid because they know I had an injury. They know that he can’t fight with me. He got lucky. He doesn’t want to fight me because he will lose the belts.”

Clearly he is trying to goad Lopez and his team, though talk of bribery and injuries perhaps isn’t the best way to go about it.