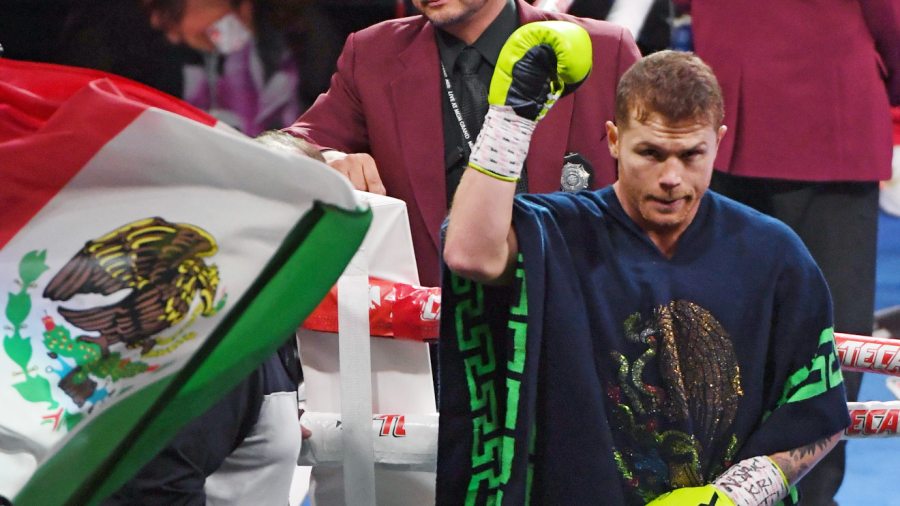 As well as Canelo Alvarez, Deontay Wilder, Mike Tyson and more all feature in George Gigney's media review this week

Websites
THERE’S trouble in paradise, and I’m getting a sense of déjà vu. Once again, there are very public issues with getting Canelo Alvarez’s next fight sorted.

DAZN, the streaming service that signed Canelo to a record-breaking broadcast deal, are reportedly now in an open dispute with the Mexican and his promoters at Golden Boy. According to The Athletic, this isn’t even necessarily about the current pandemic and the cost-cutting measures it demands; the two sides are disagreeing over language in their contract.

DAZN, apparently, claim Golden Boy are not holding up their agreement to provide at least one “premier Canelo event” per year, and are unwilling to offer Alvarez his $35m guarantee for his next fight. Instead, they are offering half. This, confusingly, is linked to COVID-19; without fans in attendance, Canelo’s next fight will generate significantly less money.

In The Athletic’s report it’s made clear that, as things stand, neither side is willing to budge. I’m not here to argue which side is right and which is wrong – my concern is over how much of this dispute has been leaked to the press.

We’ve heard all about the various opponents being considered and offered, the change of dates, the disputes over money – it’s been a messy affair this year. No one – not even BN’s prolific Paul Wheeler – could have predicted this pandemic, but so far most boxing stars have stood firm with their promoters and broadcasters despite the disruption. Except Canelo and DAZN.

This dispute will undoubtedly have soured the working relationship between the two. It has me thinking back to Floyd Mayweather’s then-record-breaking agreement with Showtime a few years ago. He signed for six fights; some were excellent matchups (against Canelo and Manny Pacquiao) and others sucked (Robert Guerrero, Andre Berto). However, we heard very little of the negotiations behind the scenes between Floyd and Showtime. Of course, Floyd was (and arguably still is) more of a transcendental star than Canelo, but there were surely disagreements over some of these opponents.

Regardless, little evidence was offered up to the court of public opinion and their relationship remained strong. After Floyd’s contract was up, Showtime became the broadcaster he went with for his event against Conor McGregor, which became one of the most successful pay-per-views of all time.

My point is this; if this dispute rumbles on and, more importantly, details of it continue to feature in the news, DAZN run the risk of permanently damaging their relationship with Canelo and potentially dissuading other stars from working with them. And they need stars, now more than ever.

Though it entered the market with hefty financial backing and some aggressive acquisitions, DAZN is still a very new entity in boxing and will need to foster healthy relationships with the sport’s big names if it wants to survive – and thrive.

It’s worth noting that other major broadcasters – BT Sport and Sky Sports in the UK, ESPN, FOX and Showtime in the US – have all begun to regularly air shows or have at least outlined definitive plans to do so. DAZN has not.

Deontay Wilder’s public image also took something of a hit this week, though through no fault of his own. Junior Fa, a rising New Zealand heavyweight who sparred with Wilder in preparation for his rematch with Tyson Fury, told Sky Sports that Deontay suffered a bicep injury in the lead up to the fight.

“I was very shocked [by the Wilder defeat]. The lead up and the training was actually really good. Deontay was looking great,” he said.

“I think he did hurt himself towards the end of camp, which I don’t think would have played too much into the fight, but then I don’t really know the extent of the damage of the injury that he sustained. What I do know [is] that he did get injured, but I was very surprised by Fury’s game plan.”

Now, this wouldn’t usually be too damaging for the fighter in question, but put into the context of excuses Wilder has previously offered – most notably his walk-out costume being “too heavy” – it’s not a good look for the former champion.

The injury may well have been legitimate, but that doesn’t change the fact that many fans will be sceptical about this and have not responded well to Wilder’s reaction to his first loss. It doesn’t paint a particularly pretty picture heading into the planned third fight between the two.

While negotiations for that trilogy fight apparently continue, promoter Eddie Hearn claims he has continued to work on a potential megafight between Fury and Hearn’s charge, Anthony Joshua.

“I spoke to Bob Arum [Fury’s co-promoter],” he told Matchroom Boxing’s YouTube channel. We’ve been having some deep conversations about that fight all week, and actually, me and Bob are ready to move forward and close that fight now.”

That’s a bold claim, and while we have no idea how close it is to the truth, it’s still very encouraging that the two sides are holding positive talks for the biggest fight that can be made in the sport.

I must admit I’m not a fan of Joe Rogan’s podcast – I feel he too often tries to come off as an authority on subjects he has a paper-thin understanding of – but his recent episode with Mike Tyson is pretty great.

After discussing how fighting and hurting opponents was “orgasmic” and essentially made him erect, Tyson then looked at his upcoming exhibition bout with Roy Jones Jnr.

“Getting in shape and getting conditioned are two different animals,” he explained. “They don’t even belong in the same division of working out. Getting in shape is getting able to fit in your clothes. Being in condition is being able to come outside of your soul. You can’t do that automatically.”

Regardless of your thoughts on his return to the ring, it’s seemingly made him happier and healthier than he’s been in years.