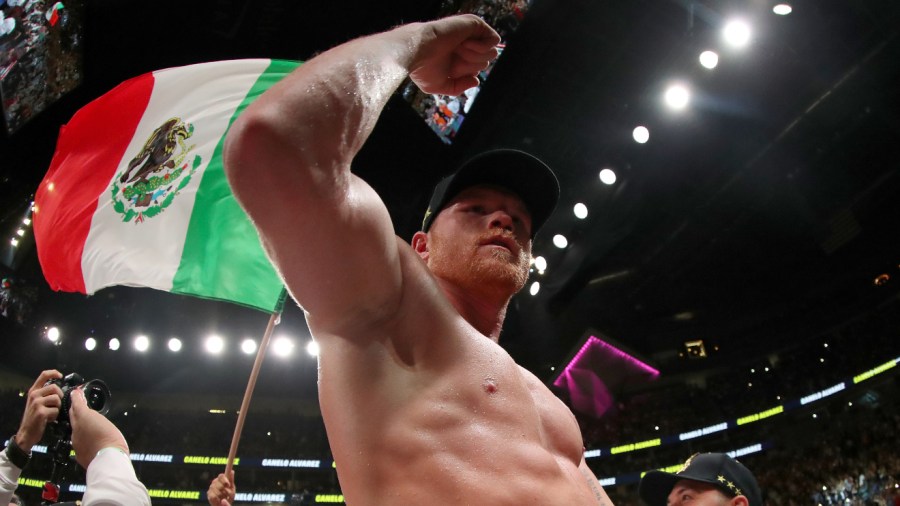 THERE’S really nowhere else to start other than the bombshell lawsuit Canelo Alvarez dropped on streaming service DAZN and his promoters, Golden Boy.

I wrote last week about how fractured the Canelo-DAZN relationship seemed, but I didn’t think it was this bad; the Mexican superstar is seeking damages of $280m, roughly the amount he would earn from the rest of his record-breaking contract with DAZN.

The lawsuit alleges both DAZN and Oscar De La Hoya’s Golden Boy Promotions have breached their respective contracts with Alvarez.

“I’m the pound-for-pound No 1 in the world. I’m not scared of any opponent in the ring, and I’m not going to let failures of my broadcaster or promoters keep me out of the ring,” Canelo said in a statement. “I filed the lawsuit so I can get back to boxing and give my fans the show they deserve.”

Besides spending a few weeks on a jury, my legal knowledge doesn’t stretch too far, so I’m not going to attempt to break down the lawsuit and analyse who might be right and who might be wrong here. It’s also important to note that neither of the contracts – Canelo’s with Golden Boy, and Golden Boy’s with DAZN – have been made publicly available, so it’s impossible at this stage to really delve into the dispute.

What does stand out, though, is the key argument over the selection of opponents and the issue of DAZN demanding only ill-defined “premium” opponents for Canelo. According to reports, Danny Jacobs and Sergey Kovalev – who Canelo beat as part of his DAZN contract – are not considered “premium.” UFC fighters Khabib Nurmagomedov and Jorge Masvidal and Canelo’s own promoter, De La Hoya, would be, however.

If this is true, it highlights DAZN’s commitment to making profits by any means necessary and also suggests they’re now desperate for quick returns on their eye-watering investments. Instead of a sustainable, long-term commitment to the sport, DAZN can be accused of wanting to make a quick buck and getting the hell out of Dodge.

DAZN reportedly refused to accept Callum Smith, the best super-middleweight in the world, and Billy Joe Saunders, a two-weight world champion, as “premium” opponents, which is absurd.

Indeed, the only “premium” opponent who is an actual active boxer that DAZN would approve is Gennady Golovkin. That makes Canelo’s job quite hard; is he supposed to just fight Golovkin repeatedly until the end of his contract?

After signing both fighters, a trilogy fight between Canelo and ‘GGG’ still having not materialised remains one of DAZN’s greatest failures to date. However, this ugly dispute also exposes the issues that arise when a mind-blowing amount of money is thrown at the feet of one fighter.

Whatever the outcome of this lawsuit, it will serve as a stark warning to broadcasters and promoters about the dangers of these enormous contracts, and we may see less and less of them moving forward.

Sadly, what this means for Canelo is yet more time out of the ring during his prime years. It’s unlikely this will get resolved anytime soon, unless there’s a major breakthrough and a settlement is somehow reached, meaning Canelo will be unable to fight for an extended period of time.

Not only is that obviously damaging for Canelo himself, but it’s also a real problem for the sport as a whole, when its biggest global star is side-lined over legal issues. With its aggressive schedule during this pandemic, the UFC is cutting further and further into boxing’s audience and without superstars like Canelo to battle back, our sport could be facing further issues down the line.

Once Canelo makes it out of this quagmire, perhaps he should take the path of former foe Miguel Cotto who, in the final years of his illustrious career, took deals on a fight-by-fight basis, acting as more of a mercenary than a one-show contractor.

One final note is that Canelo’s lawsuit was dismissed in its original form, with he and his team being given a deadline to amend it. This has nothing to do with the merits of Canelo’s case; his team merely made a mistake when submitting the lawsuit. In order to bring action in a federal district court in America, there needs to be a “diversity of citizenship” between the opposing parties – basically, they need to be in separate states. Canelo’s team apparently did not submit the citizenship of the parties properly – a quick fix.

Interestingly, in an interview with BoxingScene, De La Hoya remained very much on the side of Alvarez despite their rocky relationship.

“In my mind Canelo is willing to fight anyone, obviously, the way he’s proved it many times in his career,” he said.

“My frustration is the obligation that DAZN has to its fans and to Canelo.”

De La Hoya insists DAZN are not living up to their contractual obligations, mainly because they are unwilling to pay Canelo his $35m guarantee for opponents like Smith and Saunders. While De La Hoya is right in saying Canelo has proven he is willing to fight the best available opponents, this also seems like an attempt to get Canelo on side. It would be an enormous blow for Golden Boy should they ultimately lose Canelo.

If you did want a more in-depth exploration of the legalese and potential outcomes of the dispute, Chris Mannix spoke with Michael McCann, a legal analyst for Sportico, on his ‘SI Boxing’ podcast.

Despite working for DAZN as a broadcaster, Mannix doesn’t show much bias either way in this episode; instead, he gets interesting insights from McCann, who notes how much of an anomaly this case is given that there are three parties and several contracts involved.

It’s very early days in this case and there’s not much to go on, but McCann’s analysis is an excellent starting point if you want to be kept in the know.