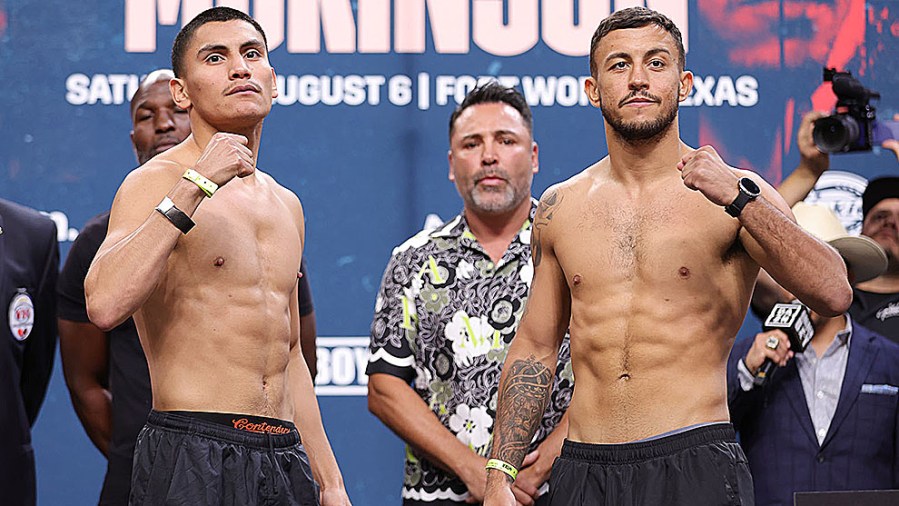 Cancelled the last time it was arranged, tonight in Texas Michael McKinson finally gets the fight he wanted: against 18-0 (18) Vergil Ortiz.

BACK in March, when we first previewed the Vergil Ortiz-Michael McKinson fight in detail, we concluded that the British boxer had an incredibly difficult fight ahead. Just hours after going to press, it came to light that Ortiz had been diagnosed with rhabdomyolysis and the bout had to be cancelled. Five months on, the task for McKinson doesn’t seem any easier.

Rhabdomyolysis is a breakdown of muscle tissue believed, in Ortiz’s case, to have been caused by dropping too much weight, too quickly. It’s understood Ortiz is already close to fighting weight this time, which doesn’t make the outlook for McKinson on Saturday (August 6) any brighter.

Ortiz, 18-0 (18), has been operating at a higher class and, at 24, is widely viewed as one of the most exciting young talents in the sport. Last year, he halted Maurice Hooker in seven rounds and the excellent Egidijus Kavaliauskas in eight. It was the win over the Lithuanian “Mean Machine” that was the most impressive. When he found himself in the midst of a firefight, Ortiz responded supremely, taking the fight back to his opponent and even knocking him off his feet. The power Ortiz has in both hands is something McKinson must somehow negate.

Ortiz’s perfect KO record is contrasted starkly by McKinson’s nine per cent stoppage ratio. It seems impossible he could compete in a slugfest. The good news for McKinson is that’s not what he’s about. A southpaw who likes to box at range, McKinson will no doubt look to set traps and counter-punch his way to a sizeable upset. Wins over Luis Alberto Perez, Martin Harkin, Chris Kongo and Przemyslaw Runowski show he is an excellent fighter at a certain level. He also defeated Alex Martin on the night he was hoping to face Ortiz.

The Texan favourite boxes behind a high and tight guard, is an adept combination puncher whose piston-like jab opens up defences. It seems likely that Ortiz will win this one, at Dickies Arena in Fort Worth, inside the 12-round distance.

On the Golden Boy undercard, Marlen Esparza should be too good for Venezuelan southpaw Eva Guzman. Esparza, who holds the WBA and WBC flyweight straps, is widely regarded as the best fighter in the 112lbs division. Furthermore, the Texan boxer is among the finest female boxers, pound-for-pound. She can retain on points after 10 rounds.

Also on the bill is the aforementioned Maurice Hooker, 27-2-3 (18), who returns for the first time since being scrambled by Ortiz last March. Facing him is fringe contender, Blair Cobbs, a 15-1-1 (10) southpaw who was beaten by Alexis Rocha five months ago. This looks a well-matched affair, but the narrow favourite is Hooker.