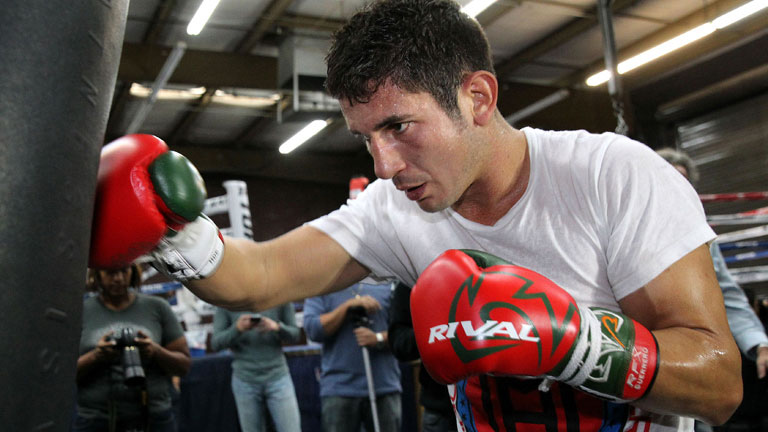 The former title contenders are scheduled to meet in a crossroads fight that may determine their future in the sport.

“My career could potentially be on the line here,” said Herrera. “My last fight against Gomez was a wakeup call, and now being put to the test at facing Cano, I know that I have a lot on the line. He is going to do what he usually does – bring 100 percent into the ring – and so am I.”

In his last outing, Herrera was shut out by the fast-rising Frankie Gomez, losing 100-90 on all three judges’ scorecards. He has lost five out of his last nine matches, including a championship title match against Danny Garcia that many felt he actually won.

The twenty-six year old Cano has also been in his share of close fights, losing a split decision to Paulie Malignaggi for the WBA World welterweight title in 2012 and giving a faded Shane Mosley a run for his money after the future hall-of-famer’s return from a Canelo-imposed one year lay-off.

“I am very excited to get back in the ring,” said Pablo Cesar Cano. “I know this is a very crucial bout for my career, and is a career defining moment. I am training extremely hard because my opponent is a very formidable opposition and I want to give the fans what they have expected from me – a good fight for their entertainment and my victory to get my career back on track.”