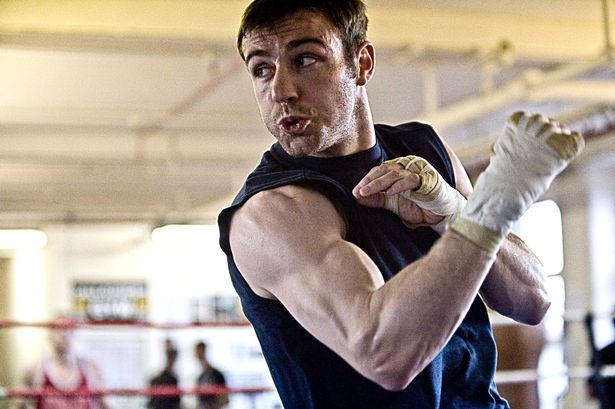 MATTHEW MACKLIN headlines a big show at the 3Arena in Dublin on Saturday against Jorge Sebastian Heiland for the WBC International middleweight title, and he says he is in the best shape he has been in since his fight with Felix Sturm in 2011.

Macklin is wary of the threat the Argentine Heiland brings, but he is more than confident he will have more than enough to deal with Heiland on Saturday night.

He said: “Camp has been really good and I’m buzzing for this fight with Heiland. I’ve had a couple of little problems during camp, like a couple of weeks ago my knuckles flared up and were quite badly bruised, so I couldn’t spar and had a week off.

“Then when I came back, I almost pulled my hamstring on the track, but when I woke up the next morning, I was fine. It was just one of those little curve balls you get thrown in camp, which you have to knock back and if you aren’t mentally strong, you can fold, which isn’t the case with me. Simply put, this is the best I’ve felt since the Sturm fight.”

He is also more than prepared for anything Heiland will try and throw at him, having watched the Argentine plenty of times in the build-up to the fight, which was originally scheduled for August, but postponed due to Macklin’s old trainer Jamie Moore being shot in Marbella.

“I’ve watched Heiland a fair bit and he looks a solid fighter. He looks like he wants to come forward and try and overwhelm his opponent, but there is no way that is going to happen against me.

“He’s got a good win and a loss over Billi Facundo Godoy, who was at one point the number one contender to the WBC title and someone who I was actually looking at, so he’s good and he’ll definitely fancy the job against me.

“The main worry with him is the volume of punches he is going to try and throw, and a win over me will put him right, isn’t just a good scalp on his record, it puts him right into title contention. He’ll be aggressive, but that will give me loads of openings to exploit and I feel great, so I know I’m going to get the win.”

Should Macklin come through against Heiland, he is targeting a clash with WBC champion Miguel Cotto, however a clash with Irishman Andy Lee, who challenges Matt Korobov for the WBO title next month in Las Vegas, is high on his agenda, and he believes the fight will happen in 2015.

He said: “Andy has a really good chance against Korobov, but there would be no shame in losing to someone as good as him. I want him to get that title, as a fight between us is a massive fight in Ireland.

“It will happen next year and the only reason it hasn’t happened is that the timing has been wrong. I’ve been ready for it, and he gets another fight, or vice versa, but all being well, it’s going to happen next year.”