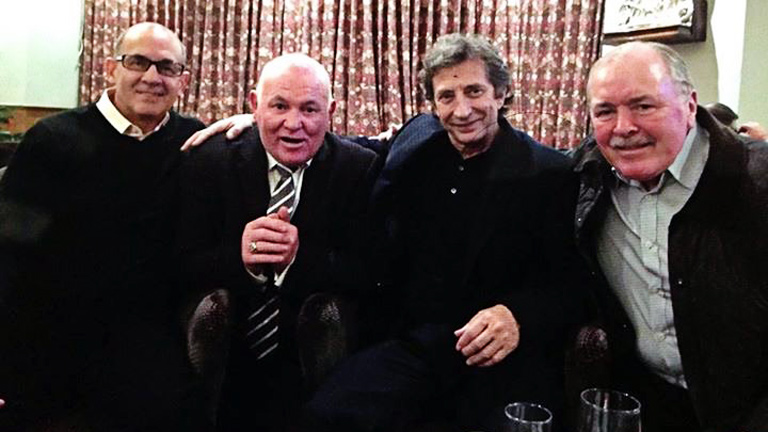 Olympic medallist and KO king Kanat Islam talks about his heroes, ambitions and love for Kazakhstan

When and why you started boxing:
I’ve been in the ring since I was eight. My goal is to prove that Kazakhstan is a strong nation in professional boxing.

Favourite all-time fighter:
Muhammad Ali, because he was not only a great boxer but also a real man.

Personal career highlight:
Winning bronze medals at the 2008 Olympic Games and 2007 World championships as an amateur. I’m currently highly ranked by the WBA, IBF and WBO, but I won’t feel like I’ve achieved anything in the pros until I become world champion.

Toughest opponent:
Emilio Julio Julio in 2013 [w ko 3]. It was at high altitude in Ecuador, so I found it difficult breathing.

Best and worst attributes as a boxer:
I knock a lot of opponents out due to the severity of my blows. Now I’m working on improving my technical skills and defence.

Training tip:
The three components of success are proper nutrition, exercise and rest.

Favourite meal/restaurant:
I like eating horse meat, as all Kazakh people do. I’ll go to any restaurant that serves Kazakh dishes.

Other sportsman you would like to be:
I used to dream of being a football player when I was a young, but now I don’t need any other sport except boxing.

Who would play you in a film of your life:
Sylvester Stallone, because he’s an actor who knows about boxing.

Have you ever been starstruck:
I’ve never dreamed of being an actor, singer or dancer, so I don’t get starstruck by celebrities like that. Mike Tyson and Muhammad Ali are the real stars for me.

Last time you cried:
It makes me cry when the young children of Kazakhstan have their pride diminished. The pain of my nation is my pain.

Best advice received:
When I first went to the boxing gym, my trainer said to me, ‘I don’t need a champion. I just need a man.’ I still remember his advice, and always try to be a good man.

Worst rumour about yourself:
I don’t pay attention to gossip.

Something not many people know about you:
I’m good at skiing and skating.