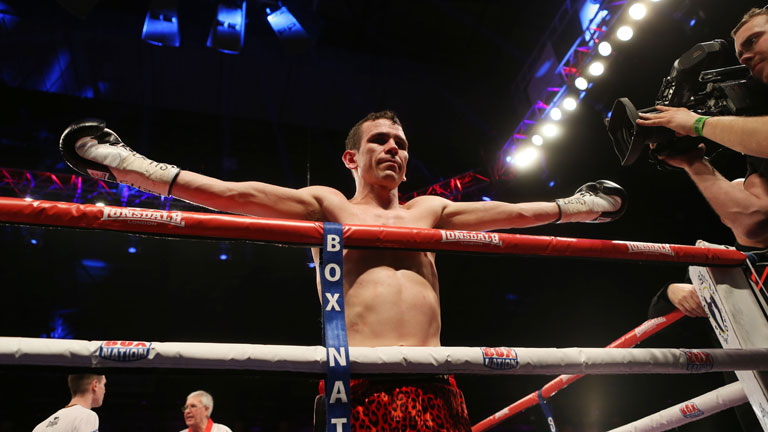 Martin Ward has been made to wait and is now, he tells Danny Flexen, he's keen to make up for lost time against Jazza Dickens

DURHAM’S Martin Ward has enough to contend with. Not only is he frequently confused with Brentwood’s top amateur and developing pro Martin J Ward, but he has seen two British title eliminators fall through before now, finally, getting his shot at British super-bantam boss Jazza Dickens on November 20. The Liverpudlian will present a stern test but, having been forced to wait after mandated matches with Lewis Pettitt and Leigh Wood failed to materialise, Ward wants to take a giant leap in this contest.

“I believe Jazza is the mandatory contender for the European title so I can beat him and take that from him,” Ward said. “On the night it will come down to who wants it most.

“It’s good that Jazza is willing to actually fight because a lot of men who call themselves fighters don’t wanna fight; he’s a man after my own heart.”

Ward, a traveller, saw a shot at then-IBF bantam king Stuart Hall last year end abruptly in the second round after an accidental head-clash forced a technical draw. Most of his pro career has been fought at bantam while muscular Jazza is big for the 122lbs division, but Ward is unfazed by the potential size difference on the night.

“Early in my career I fought Sid Razak and Jason Nesbitt,” he recalled. “They might only be journeymen but they were a lot bigger than me. I don’t think Jazza’s been in with lightweights and welters.”

Read what Dickens has to say here.