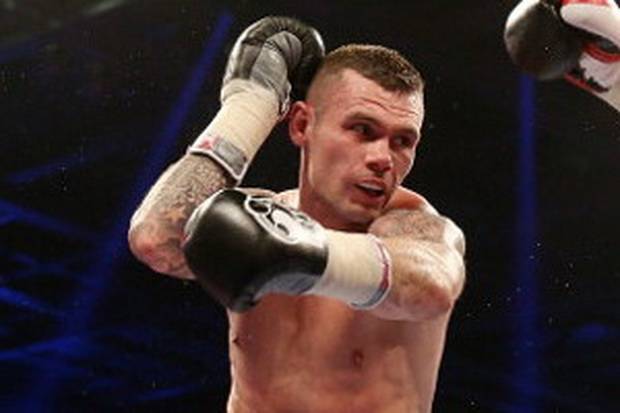 IN a coup for UK boxing fans, October 25’s “Title Tornado” tournament in Monte Carlo, jointly headlined by the UK’s Martin Murray in a world title eliminator against Domenico Spada, and Stuart Hall in a world title fight, will be broadcast live on Channel Five in Britain.

This is a significant milestone for the sport given that the last major world title fight broadcast live on UK terrestrial television was Carl Froch against Jean Pascal for the WBC title in December 2008, also promoted by Hennessy on ITV.

“I’m delighted,” said Hennessy, who in the past has developed and promoted top boxers including the likes of Junior Witter, Carl Froch, Darren Barker, Howard Eastman, Herbie Hide and James De Gale. He currently promotes heavyweight sensation Tyson Fury and super-bantamweight star Kid Galahad, among many others.

“Murray is an elite-level fighter with a huge following at home. The fans deserve to see more of him.”

Another British highlight on the card is former world champion Hall’s crack at the IBF world title. UK fight fans will be able to see whether Hall can regain the world title he held until four months ago. British fight fans will also get to see Nick Blackwell making his Monte Carlo debut.

Berman expects over 100 countries to tune into the Monte Carlo tournament, which also features two world championship fights and another WBC Silver belt championship bout between unbeaten Ryno Liebenberg of South Africa and undefeated Eleider Alvarez of Colombia, with the winner certain to step into a full-blown world title fight against Adonis Stevenson.

When China’s Xiong Zhao Zhong challenges South African Hekkie Budler for the WBA and IBO minimumweight belts, expectations are that 300 million Chinese will watch the fight live, according to manager Gang Liu.

Africa’s SuperSport, which broadcasts in 54 countries in Sub-Saharan Africa, will also broadcast the event.