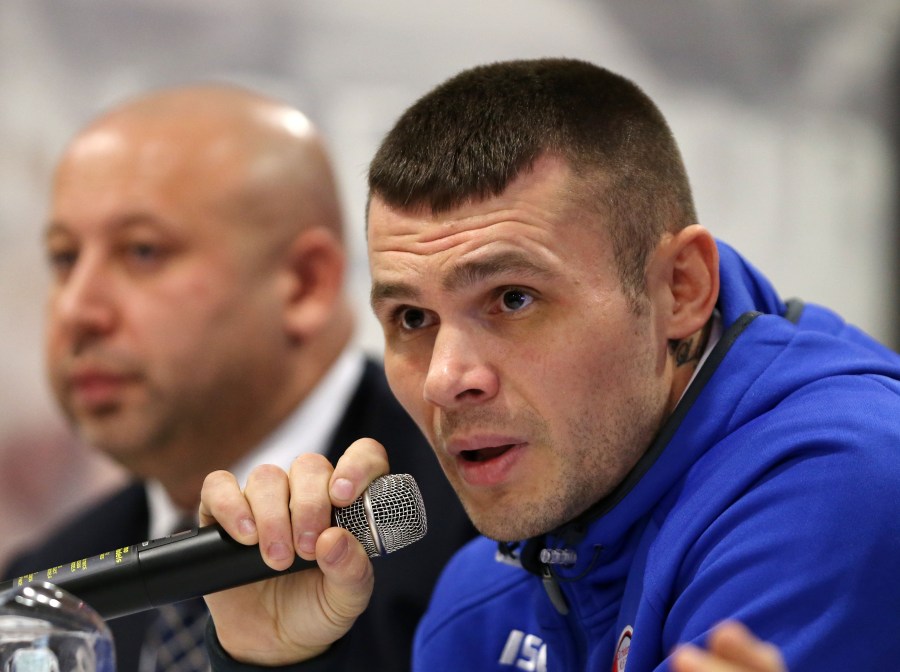 Any doubts about Martin Murray’s mental state ahead of this weekend’s middleweight championship fight against Gennady Golovkin, boxing’s biggest puncher, can be laid to rest.

“This is going to be a war and I’m willing to do anything it takes,” the WBC number one contender has told promoter Rodney Berman.

Berman is one of a number of boxing figureheads who believe that, like with Mike Tyson before, Golovkin’s opponents are out-psyched by his reputation long before they start trading punches. With 18 consecutive knockouts to his name, Golovkin is statistically the biggest puncher among boxing’s world champions.

“After I carry you on my shoulders, will you come visit me in hospital with my broken back?” Berman asked Murray.

The South African promoter says Murray has exhibited none of the anxiety so many of Golovkin’s other challengers have.

Murray’s response was straight out of Merseyside: “Might even be in the bed at the side of you because this is going to be a war and I’m willing to do anything it takes to become world champion.”

Berman, meanwhile, is attempting to push Friday’s weigh-in out to midday to accommodate the Murray “Barmy Army”. Murray’s family is also on a flight that is due to arrive in France around 11am and have chartered helicopters from Nice to Monaco to get to the weigh-in venue as fast as possible.

Golovkin’s camp has kindly agreed to the extension, although the Casino de Monte-Carlo, venue of the weigh-in, needs to be cleared out by 2pm, which requires a tight turnaround.

“It’s a good problem to have,” said Berman, who arrived in Monte-Carlo on Monday morning. “There’s already a great sense of excitement five days out. The boxers and their camps are streaming in, as is the press corps and boxing officials. We’re in for a massive weekend.”

Golovkin and Murray on target to make weight

IN THIS WEEK’S BOXING NEWS… Exclusive and fascinating interview with Chris Eubank Snr… “I am a strong father. He is shaped by my parenting. It has turned him into a predator.”