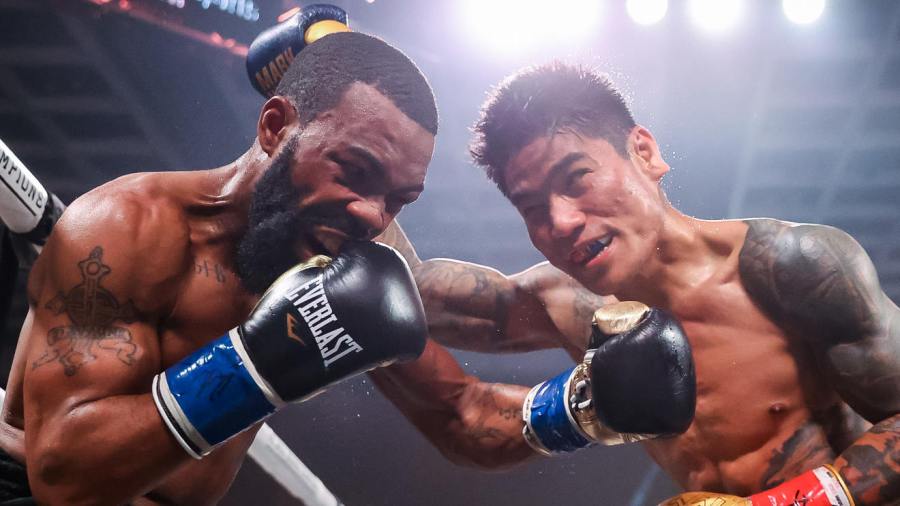 Unbeaten since 2014, Gary Russell Jr succumbs to Mark Magsayo in Atlantic City but blames an injury in his shoulder

IT’S been a long time since Gary Russell Jr lost a fight. After his 2014 points loss to Vasiliy Lomachenko, the American went on a winning run. Though he’s only fought sporadically nevertheless in seven subsequent fights he defeated Tugstsogt Nyambayar, Kiko Martinez and Joseph Diaz among others. But on Saturday (January 22), rising Filipino Mark Magsayo handed him a majority decision defeat after 12 rounds at the Borgata Hotel Casino in Atlantic City.

Lynne Carter had them level at 114-114 but both Mark Consentino and Henry Eugene Grant scored 115-113 for Magsayo. He takes the WBC featherweight belt off Russell.

“This is my dream come true,” said Magsayo. “Ever since I was a kid, this was my dream. I’m so proud.”

“I knew that he was hurt in round four,” Magsayo added. “I took advantage of it because he was only using one hand. This was my opportunity to follow through. My coach was telling me to use good combinations and follow through. He said this is your chance to become a champion and now I am a champion.”

Russell blamed an injury in his right shoulder. “I believe I have a torn tendon in my right shoulder,” he insisted. “I haven’t competed in almost two years. This is what true champions do. I wanted to step into the ring and display my superiority regardless of the injury.”

“I hurt the shoulder about two weeks ago,” he continued. “But I went through with the fight because I’m a true champion and this is what warriors do. I’m going to fight regardless of what the situation is. I refuse to not compete and display my skillsets to my fans and the people that came out to show support and love. Please believe that I will be back. I still want these fights.”