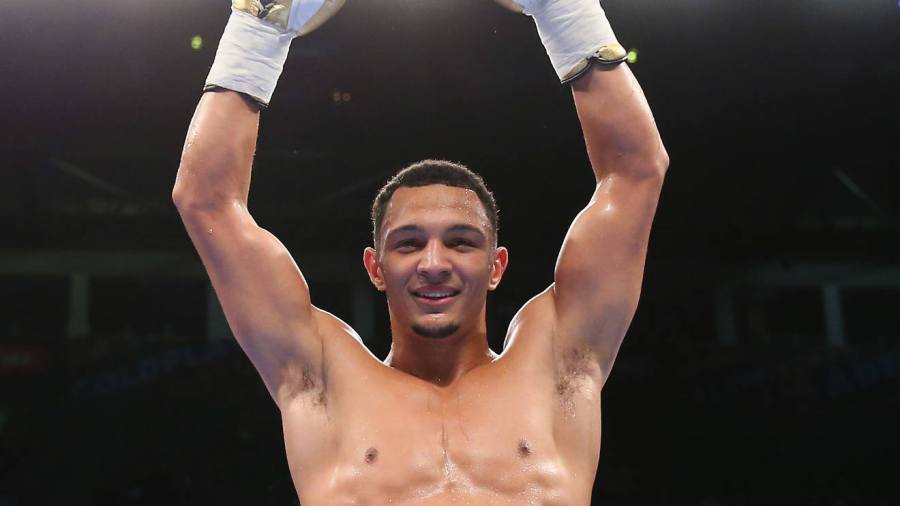 Marcus Morrison is back with a win, Callum Thompson makes his pro debut and there's a nightmare start for Anthony Phythian. Andy Whittle reports from Manchester

HAVING been outpointed over 10 by Chris Eubank Jr up the road at Manchester Arena in May, Hattersley middleweight Marcus Morrison returned to winning ways on this well attended Kieran Farrell promotion at Bowlers Exhibition Centre on Friday (August 20), easing to a shut-out four round success over Lydney’s Lewis van Poetsch.

It was a 140th paid outing for popular Gloucester man “Poochi” who needed to have his wits about him right from the off, a fact made more apparent when Marcus followed in an initial jab with a pair of weighty overhand rights. Lewis nodded and kept a tight guard and he would have been relieved when a purposeful left in the second session fell a whisker short of its intended target.

While Marcus doubtless had several more gears in reserve should he have chosen to use them, he kept the pace steady allowing Lewis, bleeding slightly from the nose, to chance the odd venture onto the front foot in the second half. This one was only ever going to have one outcome though and Bury referee John Latham didn’t need to check his scorecard at the finish.

The same official was in charge of a six between Colwyn Bay’s unbeaten Gerome Warburton and Middleton’s Darryl Sharp which finished 60-55 in favour of the former but, in truth, it was a good deal closer than the score might suggest with tattooed Sharp, always competitive, finding the target with several heavy single shots in the early rounds. Both boxers bled from the nose.

Nominal bill topper was a six between Ruthin’s Sion Yaxley and another road-warrior in the guise of Islington’s Jordan Grannum, the Welshman, impressing and in charge throughout, taking every round on the card of Preston referee Jamie Kirkpatrick. Several might well have wilted under similar pressure, especially when the tempo increased in the second half, but Grannum is made of stern stuff. He certainly earned his money though.

Former GB amateur Callum Thompson controlled proceedings from start to finish in his debut six against Derbyshire’s Lee Connelly and was duly rewarded with Mr Latham scoring him a 60-54 winner. Trained by Joe Gallagher and previously an amateur with the Tower Hill club in Kirkby, Merseyside, southpaw Thompson didn’t rush, cut off the ring from an early stage and stayed sufficiently out of reach for the experienced Connelly to reply with any regularity. Having banked a debut victory the man dubbed “The Tank” goes again at the Copper Box in a couple of weeks.

The six-round show opener, overseen by Mr Kirkpatrick, resulted in a 60-54 success for Middleton’s Connor Lynch whose fast hands and ability to find the gaps and score regularly to the body soon had “Celtic Cobra” Seamus Devlin back-pedalling.

Manchester’s Anthony Phythian had a nightmare debut, lasting just a little over two minutes against Irlam’s Ryan Hibbert who had won just once in 13 previous outings. The scheduled four was still in its initial feeling out stages with the bald-headed Phythian edging forward behind the jab when a clubbing combination robbed him of his senses, a follow-up burst sending him over. The first-timer managed to haul himself upright but was betrayed by unsteady legs and still doing the dance of a drunk when referee Kirkpatrick completed his count with 49 seconds of the opener still to run.

Salford debutant Alex Murphy was urged on by a small army of noisy followers and he gave them plenty of cause for celebration by handing Westbrook’s Ricky Leach something of a hammering en-route to a shut-out 40-36 victory. I did wonder, more than once, if Murphy might be on for an early night and referee Mr Latham looked to be on the verge of intervening on several occasions but the visitor from Kent, whilst bested by a considerable margin, hung in, kept popping out the odd single shot by way of reply, and made it through to the finish.

There were 40-36 wins too for Lincolnshire first-timer Craig Brewin and for heavily tattooed Bury light-heavy Ben Ridings, Stamford’s Brewin, easing to victory over experienced Braintree welter Dylan Draper and Ridings, on the front foot and maintaining a good pace throughout, doing likewise in something of a local derby against taller Bolton puncher Ben Thomas. Third man in both contests was Mr Kirkpatrick.

The Verdict A welcome return to the Trafford Park venue after three and a half years away.