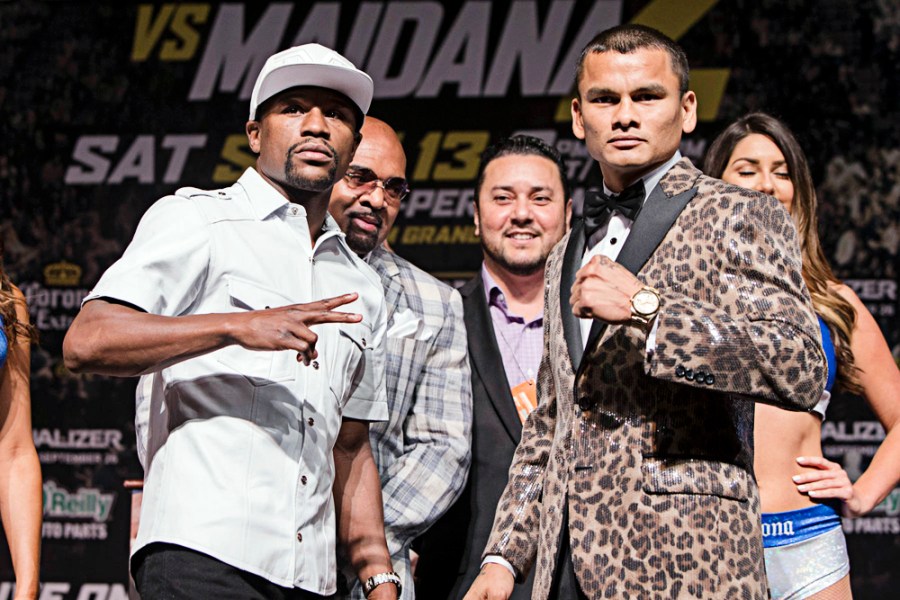 AS well as Marcos Maidana did against Floyd Mayweather earlier in the year he probably pushed himself to the limit and if there was a time for him to get the upper hand it would have been in that first fight. That’s because Floyd adjusts as well as anyone ever has in boxing. Having an intelligent boxing mind, as he does, I have little doubt he is going to adjust this time.

If Marcos is to win the rematch he’s going to need to do what he did last time on an even bigger scale – but he can’t surprise Floyd anymore.

Floyd will be aware of the doubts and criticisms surrounding the first fight and, just like he did with Jose Luis Castillo all those years ago, I’m sure he will be adjusting his style and mentality going into the rematch so he can win more clearly. Should he dominate in the way we are accustomed to seeing him it will be further evidence of his self-proclaimed greatness. Even his harshest critics would have to give him big props if he goes in there and totally turns it around.

It will be in Maidana’s best interests to make it like the first contest and I think, at times, Floyd will get in there and mix it up – just out of pride. But for the most part Floyd will adjust his game and make it a noticeably different match.

Back in May I felt he wanted to settle in a bit and get into a dogfight for the fans to prove his own grit and toughness. At the same time I think in the process of doing that he was caught off-guard by the Argentine’s ability to take advantage of the situation better than others have been able to when Floyd decides he wants to mix it up more than usual.

It’s very, very tough to figure if Floyd’s slowing at 37. On one hand you’d have to figure that – as with any human being at that age – he is slowing a bit and we are seeing subtle indications of it in his recent fights. But at the same time he has a non-plussed demeanour and brilliant skill-set so when it seems he is in a bit of trouble he is still in full control of the situation.

There isn’t much more that Maidana can do. Floyd has a bigger toolbox, the skills and natural physical attributes to adjust his game a more than Marcos does. Mayweather will use the ring more, employ a much more visually scientific approach and put rounds clearly in the bank, winning a 118-110 type of fight.