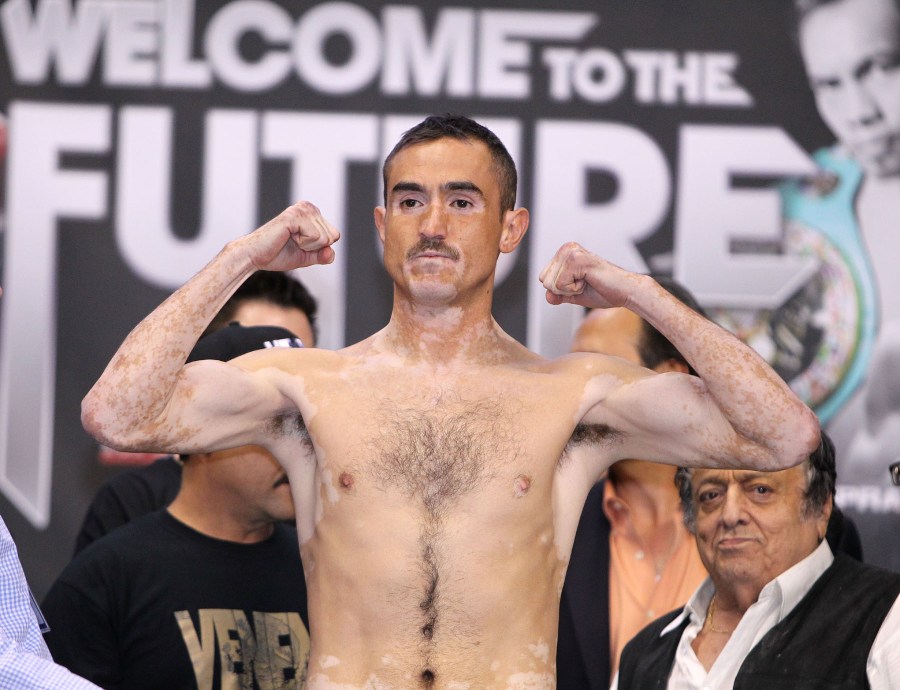 Mexico’s Marco Antonio Rubio is convinced he will defeat middleweight puncher Gennady Golovkin when the two meet in Carson, California on October 18th. And the experienced 34-year-old is sure he hits harder than anyone the unbeaten “GGG” has faced and that he will get the KO win and put himself up there with the fighting greats Mexico has produced over the years.

Saying he feels “better than ever” and ready for a war, the 59-6-1 (51) operator feels his blend of experience and power will see him to a sensational victory.

Q: First of all, do you agree with those people who say Golovkin is the best middleweight in the world right now?

Marco Antonio Rubio (as translated by Julio Gudino): “Well, right now, basing things on his record; yes he is the best. But come October 18th, my goal will be to take over the position and prove I’m the best.”

You are a big puncher, with 51 KOs. Do you think you will hit Golovkin harder than he’s ever been hit before?

“I think Golovkin will be stepping into the ring for the hardest fight of his career when he fights me; and I think I will be doing the same. I do not think he has ever fought anyone that hits as hard as me, no. He will be hit harder than he has ever been hit before.”

You have said this will be a “Mexican-style fight, in the Mexican tradition.” You expect a slugfest, where you will go straight at Golovkin?

All I know is, I come to fight! Robert [Garcia] and I will be talking what our game-plan will be during training camp. Whatever comes of that, you can rest assured I will be coming to knock Golovkin out. Will it be a slugfest? With two power punchers, I don’t see it being any other way. I’m looking to knock him out. I think that is the way all boxers want to win and that’s my goal. But if it does go the distance I will win that way.”

You have over twice as many pro fights as Golovkin, do you think your great experience will also be a factor?

“I do think my experience will be a great asset. Golovkin is good, but he hasn’t been in the ring with anyone that has the blend of power and experience I have. I feel my win over David Lemieux (TKO7 2011) was one of my best ever performances, and that fight was the first time I truly allowed my experience to reign in the ring. There is a lot more to boxing than just throwing punches and I learnt a lot in that fight. I’m excited, I feel I’m now in the best time of my career. I’m at a great age both mentally and physically and I feel my added experience has shown in my last few fights. I’m a totally different fighter to when I fought Kelly Pavlik. That was five years ago.”

Who was the harder puncher, Pavlik or Lemieux?

“Lemieux is a hard puncher, but a different type of hard puncher. I have to say Pavlik is the hardest puncher I’ve ever fought.”

You have won six in a row since the decision loss to Julio Cesar Chavez Junior. Do you think that decision against you was a fair one?

“Yeah, Chavez beat me that night. But there were other factors that we had to deal with in that fight, such as his size and his weight. But I’m past that [loss],  he beat me in the ring.  But it was a close fight and he never hurt me.”

A win over Golovkin would be huge for you. Do you think it would put you in the pound-for-pound ratings and up there with the Mexican greats?

“Well,  if they are saying Golovkin is the best and I beat him………. Yeah, I would imagine so. You have to beat the best to be the best. That’s why I took this fight.  [Miguel] Cotto didn’t want to fight me when I was the mandatory challenger, so we asked for a fight with Golovkin and he accepted. This will definitely be a great fight; one to watch!”