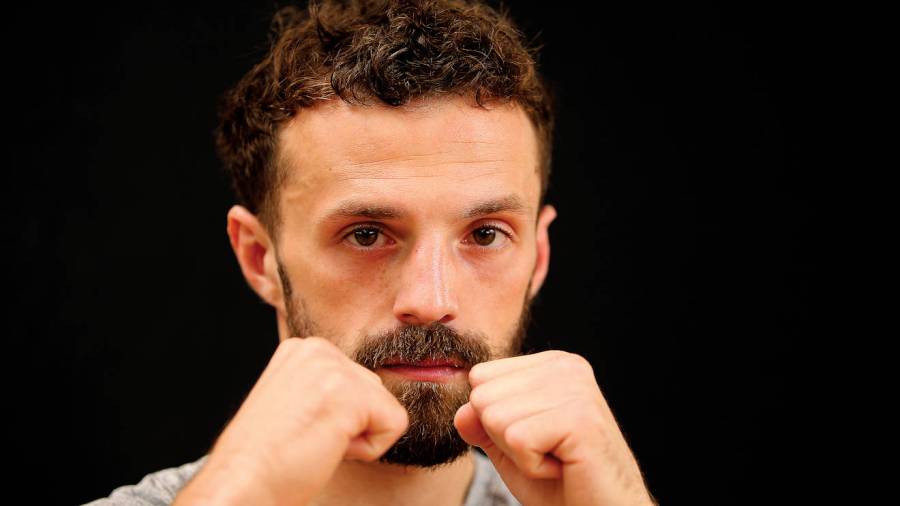 A solid collision between Chris Bourke and Marc Leach will crown a new British champion on Friday, writes Matt Bozeat

THERE’S an old-fashioned feel to the top-of-the-bill fight at the York Hall on Friday night where Chris Bourke and Marc Leach meet for the British super-bantamweight title vacated by Jason Cunningham.

Bourke and Leach have paid their dues and there’s nothing very flash about either 27-year-old southpaw. Leach calls himself “a local lad from Salford” and describes the prize on Friday night as “The People’s Belt,” while Bourke talks proudly of being remembered as a British champion. In his last three fights, Bourke has outpointed Ilford schoolteacher Ramez Mahmood (11-0) for the vacant Southern Area belt, stopped veteran English champion Michael Ramabeletsa (18-17) in two rounds and outpointed a former British challenger, James Beech Jnr (12-1).

Leach has been made to wait for his shot at the British title. The Nigel Travis-trained slickster was in line for a crack at the 118lbs title after outpointing Scott Allan (9-4-1) in Glasgow in September, 2019. The shot at Lee McGregor didn’t materialise and Leach went up to 122lbs to outpoint Qais Ashfaq (8-0) and Thomas Essomba (10-6-1), over 10 and 12 rounds respectively. The win over 2016 Olympian Ashfaq was huge.
Leach knew the Leeds southpaw well from sparring and won unanimously after scoring knockdowns late in the fourth and seventh rounds.
Ashfaq rallied in the last three rounds, but Leach deserved the 96-93, 96-92 and 95-93 scores. Leach then had Essomba on the floor in the sixth on the way to a unanimous win after a scrappy fight.

As an amateur, Leach won bronze at the 2009 European Junior Championships and reached the 2013 ABA bantamweight final. He turned pro after failing to land a Great Britain spot – and was beaten on his debut.

Lincoln’s Bobby Jenkinson was 4-1-1, a future Commonwealth featherweight champion, and also outweighed Leach by four-and-a-half pounds. Leach told Boxing News: “I had sold a lot of tickets and was excited to be fighting. I still thought I won, but I did tire in the last round. It made it harder. Every promoter wants unbeaten fighters on their shows.

“I have been around the block. I have been waiting years for this shot and now there are no more hoops for me to jump through.”

Leach did combine training with working the night shift in a warehouse and helping to look after his four children, but since the start of the year, he’s been training full-time after gaining sponsorship.

Leach and Bourke reveal very different personalities in the ring.

Leach is a real bundle of energy, forever running around after his children or training and, when he fights, he darts around, firing out punches, while Bourke describes himself as “mellow” and has a patient approach to boxing.

Bourke had around 60 amateurs, losing to Peter McGrail in the 2015 Elite semi-finals, and boxing for British Lionhearts in a World Series of Boxing semi-final in Kazakhstan in 2017.

As a pro, Bourke was tested by Mahmood – though it looked wider than the referee’s 96-94 score – and has five wins inside three rounds, the most notable stoppage the win over Ramabeletsa, in December, 2020.

The Preston-based South African was 39 years old, had only been stopped once – and Bourke got rid of him in less than six minutes, dropping him twice. “I know he’s a big puncher,” said Leach, “but I’m not there to be hit. I’m in and out, switching and moving.”

Leach has a risky style, keeping his hands low and relying on his reflexes, but so far, the only blemishes in 19 fights are the loss to Jenkinson and a draw in Zimbabwe against Tapiwa Tembo (9-5-1) that looked like a clear win.

Leach says he’s punching harder up at 122lbs and Bourke won’t want to make too many mistakes because Leach’s counters are fast and come from everywhere. Bourke said: “He’s awkward, it could be frustrating for a while, a chess match, but eventually I will find my rhythm and get to him.”

We go along with that and pick Bourke on points.

The Verdict A British title is always a worthwhile prize.