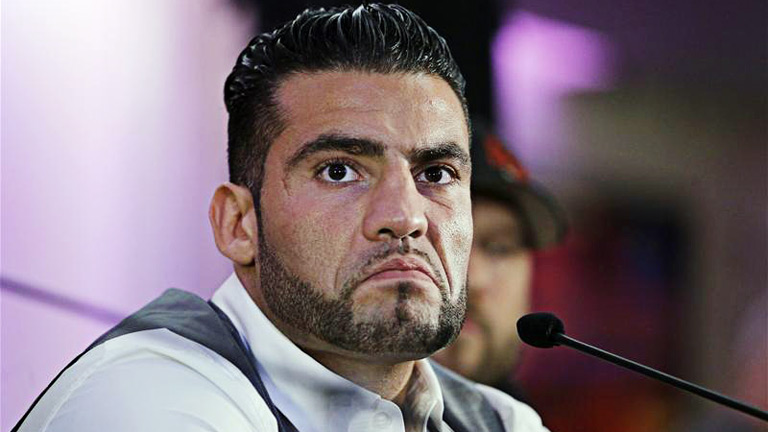 The heavyweight contender has begun light training while in hospital

THE suspect involved in the non-fatal shooting of Manuel Charr has reportedly turned himself into police, according to German news outlets.

The heavyweight contender was shot in the stomach after an altercation at a kebab shop in Essen, Germany earlier this month and was rushed to hospital where he underwent emergency surgery.

He is recovering well from the surgery and even posted a video of himself doing some light training in the hospital on to his Facebook page.

The perpetrator reportedly fled from the restaurant after the incident and was at large for 12 days before he walked into a police station in Essen with his lawyer.

The shooting came just weeks after Charr was knocked out by Mairis Breidis and the German has lost three of his last five contests.