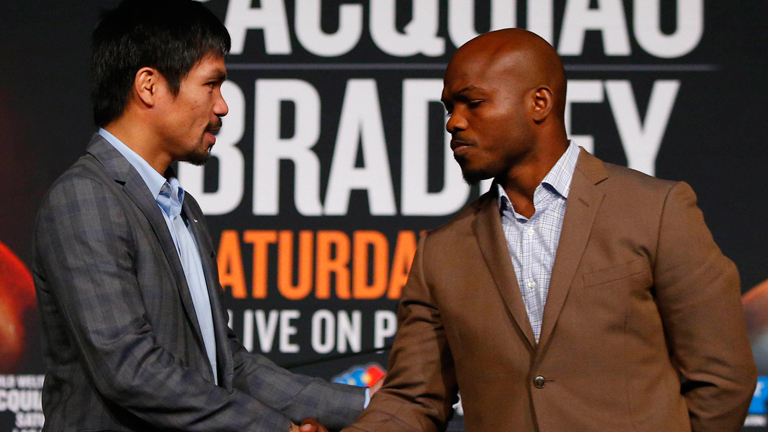 ACE prognosticator Paul Wheeler previews Manny Pacquiao vs Timothy Bradley in this week’s issue of Boxing News magazine. This is out now on our app and the print version is in stores on Thursday (April 7). Here is an excerpt.

THIS Saturday (April 9), live on Premier Sports (UK) and HBO PPV (US), Manny Pacquiao, 57-6-2 (38), and Timothy Bradley, 33-1-1 (13) 1NC, will contest their rubber match at the same venue that their previous two collisions were staged – the MGM Grand in Las Vegas. A former world champion at an incredible six weights, Pacquiao holds victories over boxing luminaries in Marco Antonio Barrera (twice), Oscar De La Hoya, Shane Mosley, Miguel Cotto and Ricky Hatton. He has also shared the ring on four occasions with Juan Manuel Marquez (one draw, two wins and one loss), and thrice with Erik Morales (one defeat and two triumphs). Bradley’s list of scalps may not be as wildly impressive as Manny’s, but it nonetheless features some top names in Miguel Vazquez, Lamont Peterson, Devon Alexander, Joel Casamayor, Ruslan Provodnikov and Marquez.