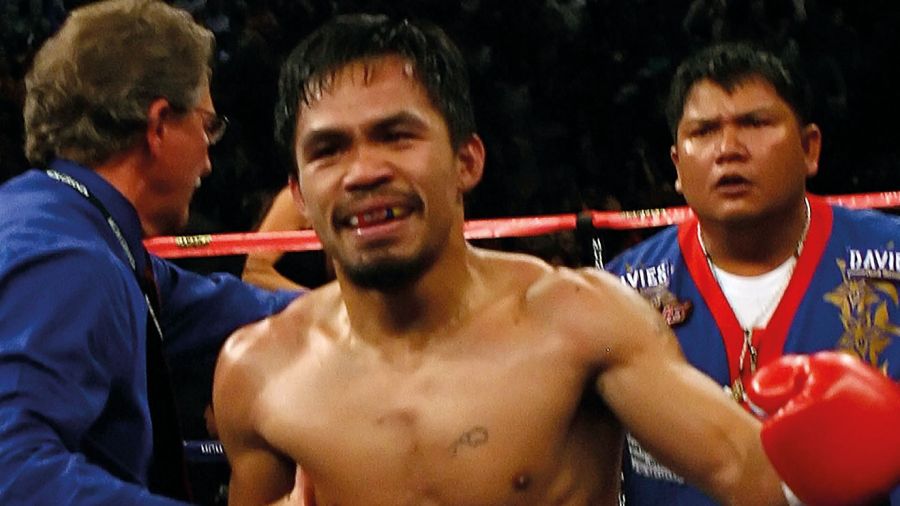 MANNY PACQUIAO w rsf 11 MARCO ANTONIO BARRERA
November 15, 2003; Alamodome, San Antonio, TX
THOUGH many pinpoint the thrashings of Oscar De La Hoya as the moment when Pacquiao announced his talents to the world, this thrashing of Marco Antonio Barrera was when the hardcore knew the Filipino was for real. Going into this clash, Barrera had won eight in a row, including five at featherweight that had seen him prove himself as the best in the division. Pacquiao was having his first fight in the weight class but, as was his custom, he eased into his new surroundings. Barrera, after scoring an incorrectly ruled knockdown in the opening round, simply had no answer to the fury in front of him. This is one of Manny’s greatest showings.

DID YOU KNOW? Barrera signed with Golden Boy Promotions before this bout in what was seen as a huge coup for the fledgling promotional group. They would split in 2008.

WATCH OUT FOR: How much smaller Pacquiao looks than Barrera. It would have been truly insane at this point for anyone to suggest that Manny could go on to win world belts all the way up to 154lbs.