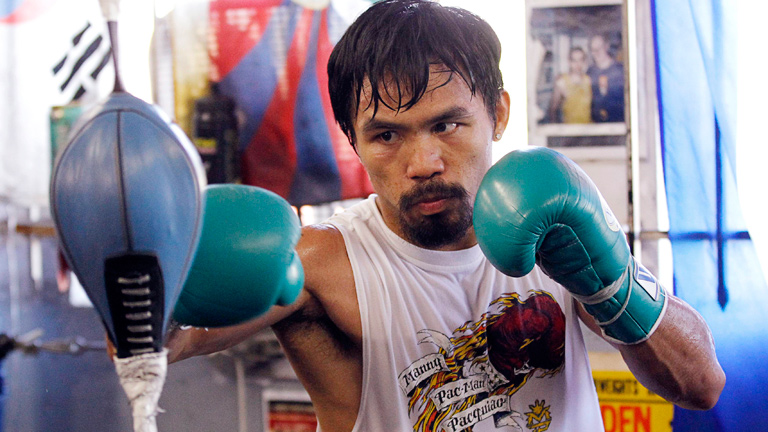 The ageing Manny Pacquiao must ensure all his attention is on Jessie Vargas, warns Matt Christie

MANNY PACQUIAO’S injured shoulder is still bugging him. Not in the aching-with-pain sense, more in the rattling-round-his-brain kinda way.

While his promoter Bob Arum is plotting a showdown with new kid on the block Terence Crawford, Manny wants to fight Floyd Mayweather again, but this time without a dodgy shoulder hampering his efforts. He yearns for a sequel with the fighter he chased for years, the fighter he eventually caught up with only to discover he was still some way behind.

This weekend the Filipino embarks on a comeback against Jessie Vargas, a younger and fresher fighter he is widely expected to beat, and one the veteran can use to ease back into prominence. But when you’re fighting on instinct at the age of 38, particularly with an ulterior motive, things can get complicated.

FOR OUR FULL PREVIEW AND MUCH, MUCH MORE DON’T MISS THIS WEEK’S ISSUE OF BOXING NEWS MAGAZINE