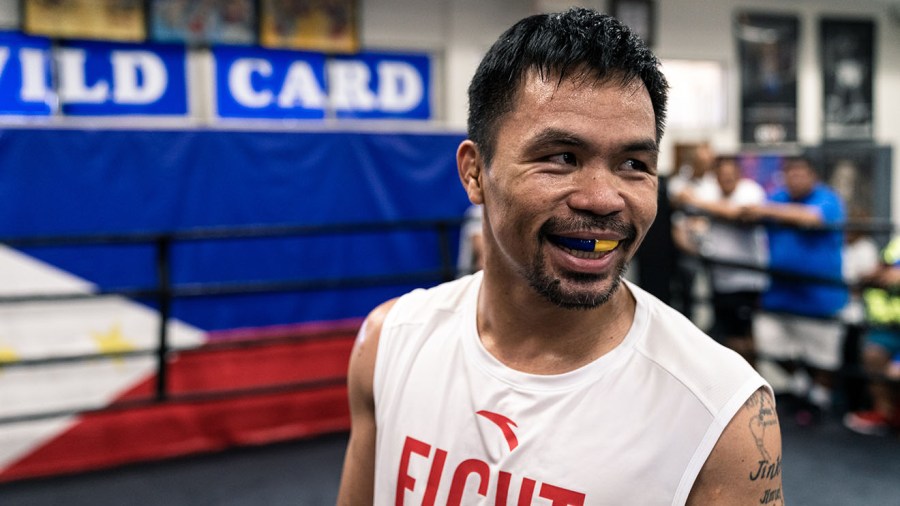 As the big fight everyone was talking about collapses, Manny Pacquiao delivers a contest with Errol Spence that no one was expecting

WHILE the big fight everybody was talking about, Anthony Joshua-Tyson Fury, was falling apart, a great fight nobody was expecting was being made. Manny Pacquiao will fight Errol Spence on August 21 in Las Vegas, a Premier Boxing Champions promoted pay-per-view to be broadcast on Fox.

On Friday night Pacquiao released a poster on his social media accounts to unveil the bout. Spence later confirmed it was a “done deal”.

“See y’all in Vegas for the biggest fight of the year,” he stated.

This is a major event, coming at a time when, outside of Josh Taylor vs Jose Ramirez, boxing has been failing to deliver the marquee match ups the sport needs. Pacquiao-Spence is a welcome step towards reversing that unfortunate trend.

Spence and fellow American Terence Crawford are the most highly rated boxers in the welterweight division at present. But Pacquiao is a superstar, already a legend who has fought the biggest names in boxing over the past two decades. He is 42 and has been inactive, not helped by the coronavirus pandemic. However the last time he boxed in 2019 he impressively defeated Keith Thurman, then one of the leading welterweights.

Taking this fight enhances Pacquiao’s reputation. Even at this late stage of his career, Pacquiao is seeking out one of the best opponents available. Spence is 27-0 (21). He unified the IBF and WBC titles against Shawn Porter in 2019 and, after recovering from a horrible car crash, defeated Danny Garcia last year. This fight with Pacquiao offers Spence the chance to take his career to a new level should he be victorious.

For Spence it’s an opportunity to become a superstar, for Pacquiao a moment to confirm his legend. For boxing it’s a great match up that’s actually on the schedule and those are far too few and too far between at present.