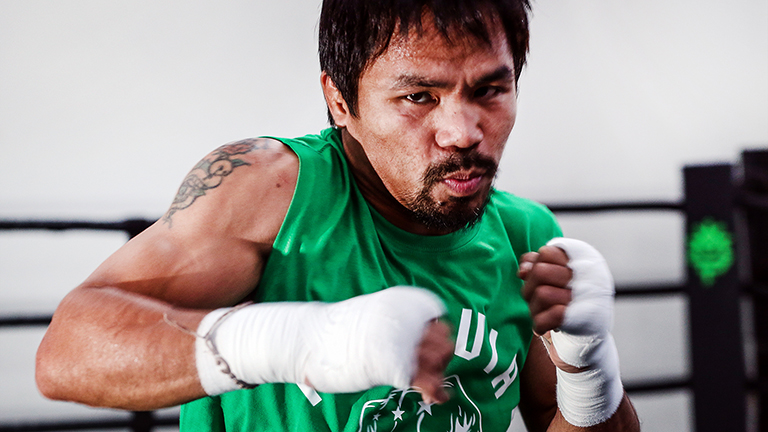 AS negotiations allegedly continue, Manny Pacquiao continues to make the right public noises regarding his on-off-off-on-off-off fight with Floyd Mayweather.

“Floyd brags about his lifestyle and everything. I don’t care,” read a message on Pacquiao’s Instagram account at the start of 2015. “I’m just waiting here for him to sign the contract! #fightpacquiao”

Since Mayweather declared – during a live interview with SHOWTIME last month – he was willing to face Pacquiao the Filipino has insisted there will be no obstacles from him. The American predictably, and deservedly, wants the larger percentage when it comes to the purse.

“Mayweather can get the amount he wants,” Pacquiao told The Agence France-Presse on December 16. “Money is not an issue in our fight.”

And on New Year’s Eve, the 35-year-old tweeted to his 1.55million followers: “The ball will drop at midnight to usher in 2015. @FloydMayweather, let’s not drop the ball on fighting each other next year! #LetsMakeFistory.”