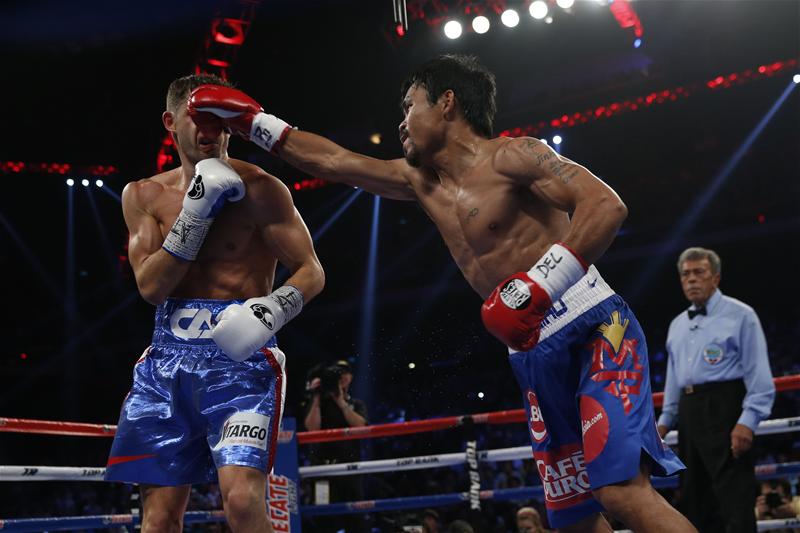 Manny Pacquiao opens up about his past

MANNY PACQUIAO has made an astonishing claim about former drug use as he has thrown his support behind a crackdown on drug dealers in the Philippines.

According to police, 3,171 drug dealers and users have been killed – one third as a result of police operations.

Pacquiao, who was elected to the senate in May, backed president Rodrigo Duterte’s war on drugs while also revealing his own murky past.

The 37-year-old also said his substance abuse happened for years “before I became a champion”.

In his first speech for the senate earlier this year Pacquiao, a close ally of Duterte’s, called for the death penalty to be reinstated for drug dealers.

Duterte has previously warned US President Barack Obama against questioning his stance on extrajudicial killings but Pacquiao insists Duterte is the right man for the job.

“God put him there for a reason, for purpose – to discipline the people,” he said. “In the past administrations, people didn’t respect the law, the leader, the authorities.

“What Duterte is trying to do is let the people know – and put it in their heart and minds – that you need to respect the laws of the land.”