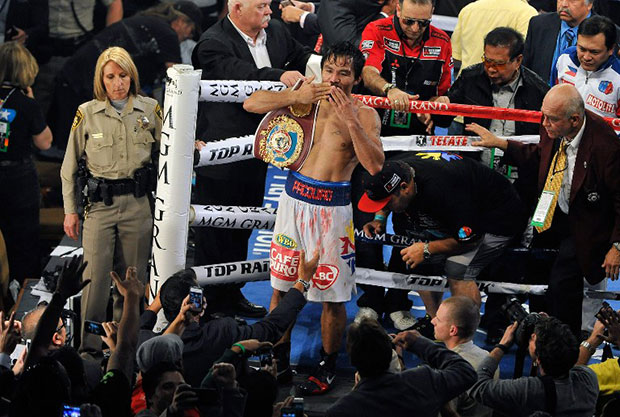 But the inactive stars are in danger of being left behind, writes Daniel Herbert

BOXING is experiencing a massive end to the year, with plenty of quality shows in the UK and abroad from mid-October to the middle of December. It’s possible this burst of activity looks good only because the first nine months of 2014 weren’t so hot. I mean, last month boxing’s No. 1 operator Floyd Mayweather was reduced to rematching Marcos Maidana in a fight few demanded.

But two weekends ago Kazakh middleweight terror Gennady Golovkin was confirming his expanding fanbase by wiping out Marco Antonio Rubio in California – on a show that also featured rising star Nicholas Walters flattening 2012 Fighter of the Year Nonito Donaire.

Then last Saturday night if you were a British armchair fan you had the opportunity to watch three shows. Free-to-air Channel Five had the Monte Carlo bill topped by Stuart Hall against Randy Caballero for the vacant IBF bantam belt, backed by Martin Murray in a stay-busy fight against Domenico Spada. On BoxNation there was Frank Warren’s Liverpool card featuring plenty of local names, while Sky Sports broadcast Eddie Hearn’s promotion in Hull starring hometown heroes Tommy Coyle and Luke Campbell.

How to top that? Well, November looks pretty interesting. The ageless Bernard Hopkins takes on just about the toughest foe out there in Russian puncher Sergey Kovalev; the planet’s top heavyweight Wladimir Klitschko defends against Kubrat Pulev; Manny Pacquiao gets the chance to show if he still has it against Chris Algieri in the new boxing hotspot of Macao; and then heavyweight rivals Tyson Fury and Dereck Chisora finally share a ring in Manchester.

Not enough for you? In December Las Vegas hosts two shows on the same day (the 13th); Tim Bradley tackles rugged Diego Chaves at the Cosmopolitan, backed by Andy Lee’s WBO middleweight title chance against Matt Korobov, while at the MGM Grand there’s a card topped by Amir Khan against Devon Alexander.

It goes into next year too. Martin Murray’s win over Spada clinched a February crack at the formidable Golovkin back in Monte Carlo, while the wins of Luke Campbell and Tommy Coyle keep that pair on course for a fascinating Hull showdown in 2015.

The point of all this is, fighters need to fight and promoters need to promote. Too many boxers develop an exaggerated sense of their worth and hold out for deals that will never come. Andre Ward, for many the sport’s No.2 behind Mayweather, is closing in on a year’s inactivity while he sues his promoters, the Goossens. Two-weight world champion Mikey Garcia hasn’t boxed since January and is suing Top Rank, his promoters. Julio Cesar Chavez Jr has boxed just twice since September 2012, the last time back in March, and isn’t getting on well with Top Rank.

While those three fighters stay idle, boxers who actually box will pick up their fans – and deservedly so.