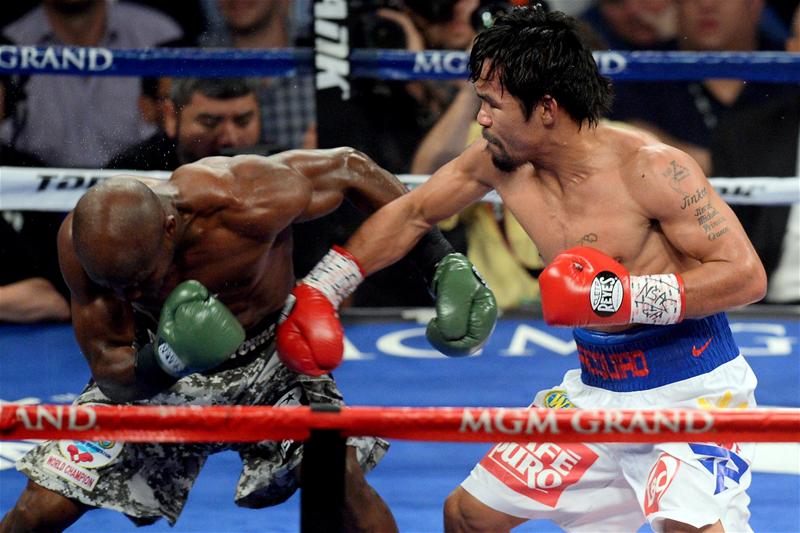 BOTH Manny Pacquiao and Timothy Bradley weighed in inside the 147lb welterweight limit ahead of their 12-rounder in Las Vegas this Saturday (April 9). Pacquiao scaled 145 1/2lbs, while Bradley came in a pound heavier at 146 1/2lbs.

Following the weigh-in, Pacquiao praised the success of his training camp, and promised his fans plenty of excitement on fight night. The Filipino legend said: “The fans should expect more action. It’s going to be a good fight. I did my best in camp. I’m looking forward to bringing everything I did in training into the fight.”

California’s Bradley meanwhile, looking as ripped as ever, stated that when he first fought Pacquiao back in June 2012, he never could have envisaged that he’d be opposing him for a third time almost four years later.

“I didn’t imagine we’d be fighting again,” Bradley said. “I can’t wait to show everybody that I’m one of the top pound-for-pound fighters in the world. There’s gonna be a lot of disappointed Pacquiao fans out there on Saturday night.”