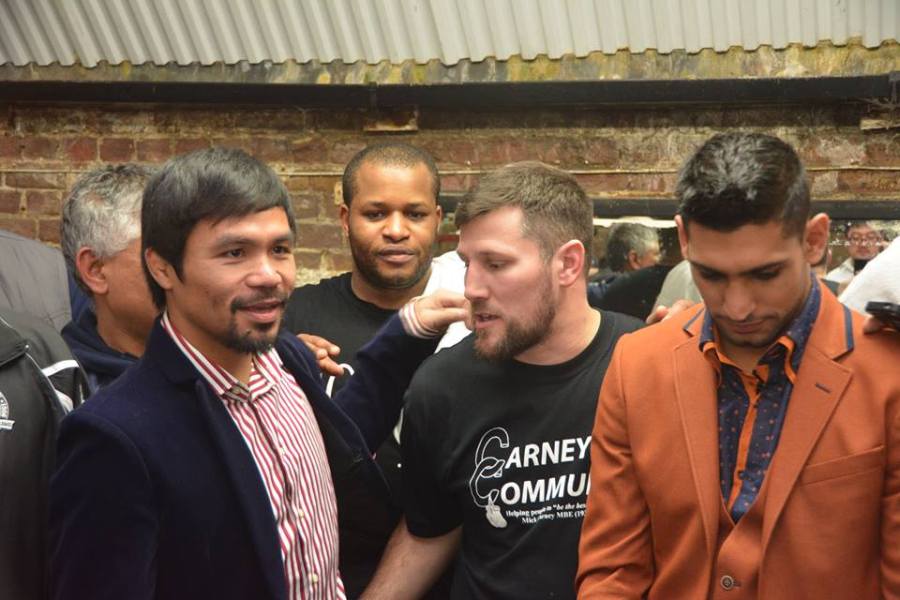 The former stablemates, who are both chasing a welterweight showdown with Floyd Mayweather, delighted young amateurs – and herculean heavyweight prospect Anthony Joshua – at the storied Fitzroy Lodge boxing club by signing autographs, answering questions, and posing for photographs for well over an hour.

Boxing News discovered Pacquiao would be at the South London gym approximately 90 minutes before he walked through the doors, grinning from ear to ear, at 3.30pm. The Filipino superstar – who yesterday met Prince Harry – was sporting a flash velvet smoking jacket, designer jeans, and a snazzy pair of brown brogues, but there was no ego on show.

Pacquiao and his team are deep into negotiations with Floyd about a May 2 showdown and the Filipino remains hopeful that the fight will, at last, occur. And although the limited media present – crowds of journalists and cameras were locked out – might tell you otherwise, today was not about Floyd Mayweather.

It was a day for the fans, and young boxers, who will undoubtedly treasure the memories of meeting one of the modern era’s greatest fighters for many years to come.

FOR MORE ON THIS EXTRAORDINARY AFTERNOON GET TUESDAY’S BOXING NEWS