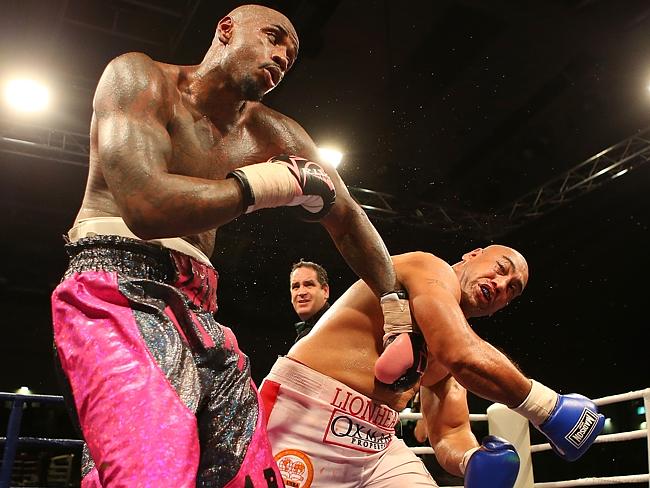 Scott gives George Gigney the inside scoop on Duhaupas

AMERICAN heavyweight Malik Scott has warned Deontay Wilder not to underestimate Johann Duhaupas when he defends his WBC world heavyweight title against him on September 26.

Scott was knocked out inside a round by Wilder in March 2014 but has also trained alongside Duhaupas.

While most are writing the Frenchman off as another easy defence for Wilder, Scott insists Duhaupas could prove a dangerous test for the unbeaten champion.

“I was in camp with this kid in Moscow for about four weeks and he’s a tough guy,” he told Boxing News.

“He’s big, 6’4’’, not slow, heavy-handed, in his last fight he beat Manuel Charr in an upset on like four days’ notice.

“He’s coming to fight, he’s extremely mentally strong and what’s dangerous about him the most is that he believes he can win. Deontay will need to have his P’s and Q’s about him because if he takes him lightly, anything can happen in heavyweight boxing.”

Wilder made the first defence of his strap against the unheralded Eric Molina in June, knocking him out in nine rounds.

Many expected Wilder to blast Molina out early and, as such, were not impressed with his somewhat laboured performance, but Scott feels those observers were merely misinformed about Molina, just as they are with Duhaupas.

“The reason people criticised his win over Eric Molina is because they underestimated how good Molina actually is,” he claimed.

“They wrote Molina off because he lost to Chris Arreola [KO 1 in 2012], but he was a completely different fighter then.”