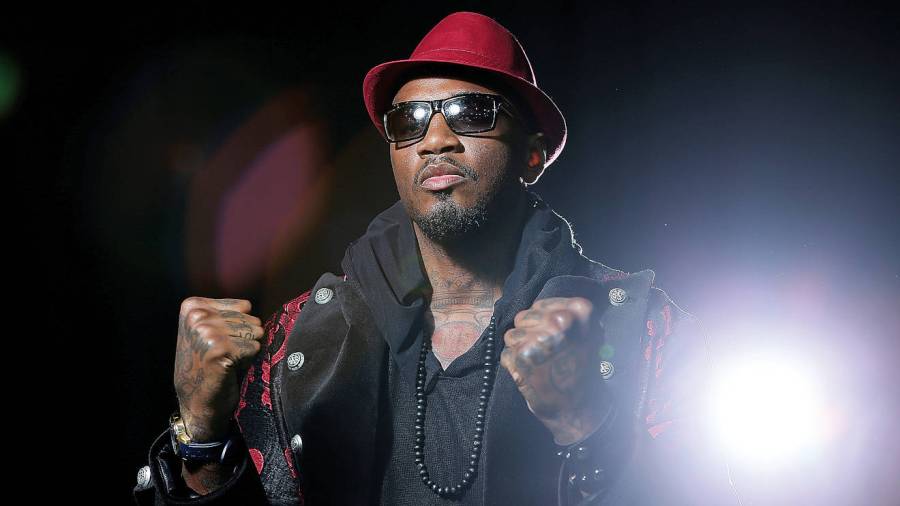 In his own words Malik Scott reveals what it was like to train Deontay Wilder, his role in one of the most exciting fights inh eavyweight history and explains why Tyson Fury has seen better days

WHEN the whole world was saying ‘why did Deontay Wilder hire Malik Scott?’ Deontay was looking at the world saying ‘f**k y’all, Malik Scott is a genius’.

And after a while the world realised this dude does know boxing. People would say ‘I don’t really like him but I’ve got to give him credit’. Even if you don’t like me, you can’t take my knowledge or my love for this noble art away.

At 2-3 in the morning we were working out, 2-3 in the morning I’m sending him film to study, he’s sending them back. I tell him training is at 3:30 and he’s there at 3. It made me proud to see him like that because I’ve never seen Deontay that receptive to anybody before.

I still look at myself as a 12-year-old kid in north Philadelphia who just wanted to protect his little brother. I took a love to boxing and it just changed my life. It feels like I’m living a movie sometimes. I look at where I started, the trials and tribulations and where I am now. It’s a movie.

Sometimes it’s crazy. Like before I had even started training Deontay, I’m at my house and I’m cleaning out some boxes and I found this old bobblehead that Jay Deas had given everyone in a previous training camp. I thought ‘man, I haven’t seen this thing in a while’. As soon as I picked it up, the phone started ringing and it was Deontay. He said ‘where you at – I wanna start training right now.’

I knew his intentions, I knew what he wanted to do to Fury and I was with it. The way the fight turned out, in my opinion, boxing won. That right there was more important to Deontay than anything and that’s what he felt he was robbed of in the second fight. He’s a man’s man and he wanted to go out on his shield.

This was something we talked about years and years before, it was no secret, he’s just not the kind of guy who wants to go out like he did in the second fight. I knew the second after the decision was made by the trainer to throw the towel in what was going to happen, I just knew it. I know how Deontay is.

But we were all involved in one of the greatest trilogies in the history of the sport. It’s a proud moment for all of us, even if we didn’t get the victory – a lot of glory was won. I say that to Deontay all the time.

I think anybody else but Tyson Fury that night doesn’t get up in the fourth round. It was Deontay going against a mirror of himself, against someone just as stubborn as him, someone who is trying to get him just like he’s getting them. I had predicted before the fight that Deontay gets him within five rounds – and I was almost right. Deontay knocked him down in the fourth round. If you look at the knockdowns it came from Deontay dressing him up with jabs to the body and feinting him.

Deontay is the hardest puncher in the history of the sport and you can’t take him for granted, you have to be alert throughout the whole fight. Fury fell asleep in the fourth round and Deontay almost got the job done. But to Fury’s credit – he got up.

Fury always said if you can’t knock him out cold, if he can get up, then he will always beat you. He’s been saying that his whole career and you have to give him credit that he’s proven himself right thus far.

Right now, I can’t wait to get back in training camp, man. I know people have been hearing about Deontay. He has spoken about having the option to retire which is true. Like I told him the other day, it’s a blessing to be in his position. I told Deontay: bro, you can do whatever it is you want to do. If you stay in the game, you become two-time heavyweight champion of the world. If you retire, you’ve got everything that you came for.

Either way, you win. Do you know how many fighters that aren’t in that position? That fight because they have to, they literally can’t retire. The man started in this sport because he wanted to take care of his daughter, he’s done that. And he became [WBC] heavyweight champion of the world… and he’s made financial gains… and smart investments. He’s in a hell of a position, man.

And for me, the future is bright too. If you see one of the interviews I did after the fight, people got real mad about it. The first thing I said was that I’m proud of myself. They were saying: ‘man, your fighter just got beat how can you say that?’ I’m sorry, that’s really how I feel. I know when I do good work, and I know when I do shit work. With Deontay Wilder, I did good work.

I’m disappointed we didn’t get the victory but the overall picture, Malik Scott did good work. This was my first time out, and my future is very bright. I don’t know how to look at it another way.

Boxing is always there for me. Opportunity and people will come and go but boxing has always stayed. Give me a laptop and a cigar, it’s heaven on earth for me. I can just go watch boxing. That right there is my fix, my drug, my high.

Another guy I love to watch is Oleksandr Usyk. Deontay and Tyson shook up the heavyweight division with their trilogy but Usyk is on the move too. He’s not good, he’s great.

I’ve been to his training camp; it’s half zoo, half forest. The ring is so small, the smallest ring in the world. And when they told me he used that ring to get ready to fight Murat Gassiev it told me who he is as a man. He makes himself extremely uncomfortable during training camp which makes it easy for him on fight night. When you see him calm, cool and relaxed in what is supposed to be the fight of his life, it’s because he just left a Hell zoo training camp. The fight is easy for him.

I don’t think it’s far-fetched that he beats Fury at all. He’s extremely stubborn. I just think if you’re not an extreme puncher like Deontay Wilder is, for Usyk, you’re food. He’s fought big guys and beaten them before.

You’ve also got to think this is the best time for Usyk to fight Fury. Fury isn’t fast no more, he doesn’t have reflexes like he used to. Yes, he just beat Wilder but he’s still not the same. There’s only one other person besides me who is saying that: John Fury, his father.

That style he is fighting with right now, believe it not, it works perfect for Usyk to win that fight. If there’s anyone that can box with Usyk it’s the younger Fury, the Wladimir Klitschko Fury. But this new Fury works perfect for Usyk. Don’t be surprised if Usyk becomes undisputed champion and beats Fury next year.

Fury knocked out Deontay Wilder after 11 rounds of them going back-and-forth. That’s not a knockout artist. How’s Fury going to deal with it when he’s getting hit by Usyk, when he realises this guy can punch harder than he expected. How’s he going to deal with that? We’ll see. But I won’t be shocked at all if Usyk beats him. It’s almost expected by me.

I won’t ever forget this year. The training camp with D and the fight was easily one of the best experiences of my life. We spent many months together, hundreds of late night talks, tonnes and tonnes of rounds. It was good, man. That’s the best training camp Deontay Wilder has ever had. I was a huge contribution to that, not just with my knowledge but with my energy and my spiritual uplifting.

In the next four months, me and Deontay will come up with a gameplan to decide which direction we want to go in. That’s where my loyalty lies right now. Boxing is my plan. That’s the only way I can put it. I don’t have an ultimate gameplan, I’m extremely organised, I just know boxing is my plan.

Whether it’s training fighters, regular civilians or kids for free. Now my son is just entering the sport too. That means I’m a guy with plans of boxing, whether I like it or not. That’s just what it is. My life right now is because of boxing. I take pride in the kind of man I am. I’m 41 years old, bit ashamed to say this but I don’t give a f**k: I’m still doing a lot of growing. I’m immature in a lot of ways. I’ve got tonnes of issues and many flaws – the only thing that isn’t flawed is my love for boxing.

My son is close to having his first fight. But my personal dream is the day he comes to me and says ‘dad boxing is cool but I want to do landscaping’ or something. The headaches that come with boxing when you’re a compassionate person… it puts them on steroids.

But you can say this about me: It will always be boxing. That’s just who I am.