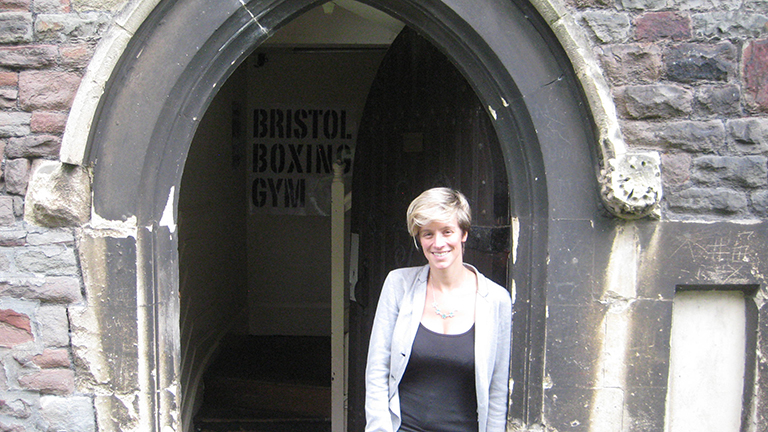 BOXING makes a difference. There are seemingly countless anecdotes to show how our sport has the power to change people’s lives. But now it’s important to prove it.

A parliamentary group that involves politicians from all parties is campaigning to introduce non-contact boxing into prisons, to help offenders learn discipline, self-control and take their lives in a different direction.

Boxing activity for violent offenders is not currently permitted in prisons. To change that, the group needs proof of how getting involved in the sport can help people and reduce rates of re-offending. To gather the evidence they need they’re looking for volunteers, who have had a criminal conviction in the past and are now involved in boxing, to enter a survey. That will form a sample group to demonstrate whether or not taking part in boxing does reduce the risk of re-offending.

MP Charlotte Leslie [pictured] chairs the All Party Parliamentary Group for Boxing. She said, “Anyone who knows boxing knows that boxing offers very unique specific things to people who have perhaps anger management issues, have troubled backgrounds, have a tendency to want to express themselves physically in an aggressive way when things go wrong or have backgrounds like that. So you find a lot of the prison population can benefit enormously from what boxing has to offer. Anecdotally if you look at the backgrounds of some of our most successful boxers at some point or other in their lives, they’ve either come close to falling on the wrong side of the law or they’ve been in prison or they’ve been in an environment where friends of theirs ended up in prison and they didn’t. So there’s a lot of crossover between how people end up going wrong and how boxing can utilise that energy to go right.”

When Leslie became chair of the All Party Boxing Group she began looking into what extent boxing is used in prisons to rehabilitate people. “We have a massive problem in our prisons, often people go in with a petty offence and come out as a much more hardened criminal. Our prisons tend to make people worse, not better, and I think a lot of it is because the system doesn’t yet understand why people end up there, what in their lives leads them to end up in prison in the first place, and then how to help people out of that lifestyle that has led them there,” she said. “The more I looked at it the more I found that boxing was very, very under-utilised from what we know anecdotally boxing can do to turn people’s lives around, and I began looking at areas in young offenders institutes and certain very forward-thinking prison officers and what they’d begun to try and do with boxing. There have been some moves to trial non-contact boxing in prisons for rehabilitation purposes. But obviously there’s enormous barriers to this. It’s not seen as good practice for rehabilitation in prisons at the moment, and I think that needs to change.”

At the moment, non-violent offenders are allowed to take part in martial arts in prison, but the All Party Parliamentary Group for Boxing wants the Ministry of Justice to allow at least a trial with non-contact boxing in prisons for violent offenders.

“The people who can most benefit from boxing in terms of learning to control anger and aggression are people with physical violence problems,” she explained. “They [The Ministry of Justice] have offered a trial, a formerly scientifically robust controlled trial to see to what extent boxing helps rehabilitate people with issues that tend to lead them into prison for violent crime-related issues. The challenge we have is to find 100 people who are boxing, who have had brushes with the law, perhaps some criminal past, who can testify to how boxing has changed their lives and helped them get on the straight and narrow.

It’s a case of providing the data to support what many sense to be the case with boxing. “The government needs to be able to produce the scientific evidence we have to show that someone’s less likely to break into your front room in a violent armed robbery if they’ve been boxing than if they haven’t,” Charlotte said. “This is the first study that I know of being done for prisoners in boxing, and I really hope the results show what most of us would expect them to show. This would play a major role in completely resetting people’s attitudes to what boxing is.

“I would really hope that if we can find some statistical data that civil servants and people can look at and see that boxing actually works, this could be the beginning of really putting boxing in a different setting,” she concluded.

To find out more information or to take part in the survey please email charlotte.leslie.mp@parliament.uk.