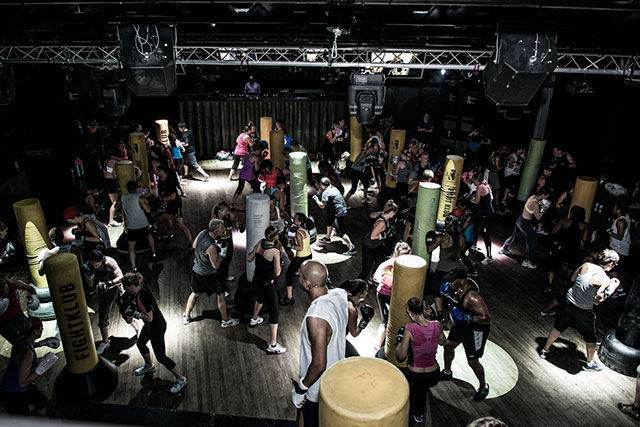 Taking place at 1.30pm on Saturday 13 September, Fight Klub’s World Record attempt will happen inside the London Soccerdome at the O2 complex in Greenwich as part of The Combat and Strength Show. The previous world record stands at 498 people, achieved at an event in Australia, and a record which former WBA Heavyweight Champion David Haye attempted to break earlier this year. His effort fell short, but Fight Klub is determined to rally the troops in London not only to break the record, but to smash it!

Fight Klub founder Troy Dureh said: “Ultimately we’re looking to use Fight Klub’s growing popularity to do some good in the world. Every year we do an event for charity so this year we are raising money for Dementia UK and we are also promoting health and wellbeing. We don’t just want to break the World Record, we want to smash it to pieces! We would love to double the numbers we currently have to around 900 and bring the title home to the UK. So FIGHT KLUB NEEDS YOU! It’s going to be a fun and memorable day so come along and tell all of your friends and family and be a part of history!”

Fight Klub was founded by Troy, whowanted to take the trend for combat fitness classes and bring it into the 21st century. In comparison to existing classes, such as Tae-Bo and Body Combat,which saw participants punching or kicking into thin air, Fight Klub introduced a free standing punch bag element, with class go-ers performing combinations of punches and kicks to high tempo, energetic music on the bag.

The music and environment of Fight Klub is something that is important to Troy, who broke the mould by using live DJ’s at some of Fight Klub’s events and classes. Renowned DJ’s including Spoony and Shy FX have taken to the decks at Fight Klub events.  Fight Klub’s upbeat soundtracks, combined with the Fight Klub instructors’ motivational words of encouragement throughout the classes, has made Fight Klub one of the most addictive fitness phenomenon of the moment.

In the two years since Fight Klub’s official launch it has expanded into five countries and has over 30,000 people per week participating in lessons.

Troy said: “Some people are a bit unsure what they will get when attending a Fight Klub class, but when they get round to trying it, it’s often totally the opposite of what they were expecting. I love it when people walk into a class and see the punch bags and think ‘oh my god, what am I about to do’. Then five minutes into the class they have a beaming smile and are laughing with friends. It’s why I do what I do.”