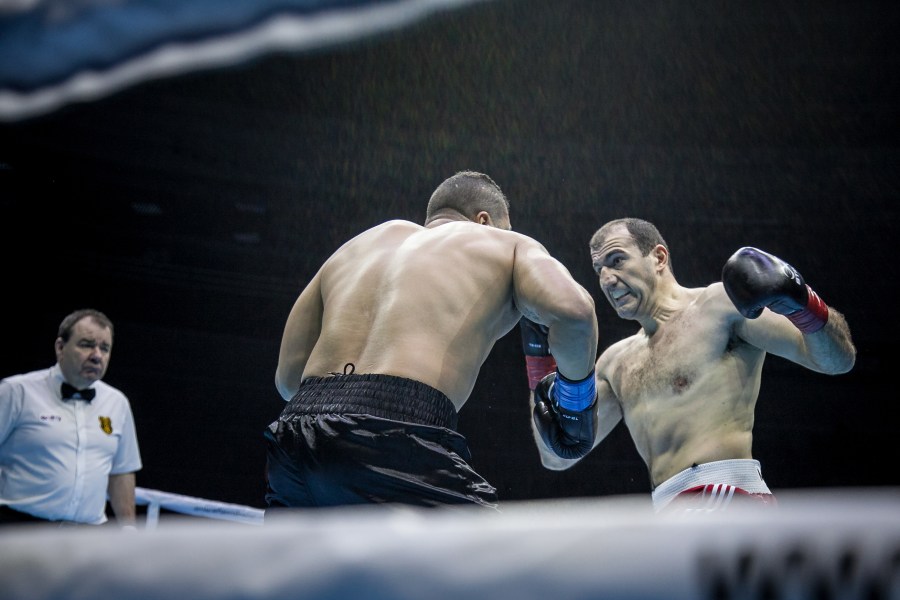 The Bantamweight category will compete on 15 January 2015 in Paris (France).

Elias Emigdio (MEX) returned to APB for the Matches for Champions having recovered from the injury that kept him out of Round 2 of the Pre-Ranking Phase, and enjoyed an amazing win in a close match against the formerly undefeated Kazakh Ilyas Suleimenov who was ranked second.

AIBA World Boxing Champion Misha Aloian (RUS) won by walkover against Mohamed Flissi (ALG) who was not allowed to compete because he is under Medical Suspension after being knocked out in Round 2.

Emigdio and Aloian will fight in January for the Title.

The two undefeated APB boxers Erik Pfeifer (GER) and Mohammed Arjaoui (MAR) both continued their success with two marvelous victories. The German star Pfeifer defeated the Romanian Nistor in Round 3, while the Moroccan hope Arjaoui achieved the same result against France’s Tony Yoka on points.

Both boxers will fight for the Title in January.

Russia’s Artem Zakaryan won by walkover against Juan Pablo Romero (MEX) who won his first bout against Carlos Aquino (ARG) and lost in Round 2 of the Pre-Ranking Phase against Abelkader Chadi.

Zakaryan and Harutyunyan will fight for the Light Welterweight Title.

Foshan will see an APB Inaugural Title Match in January a rematch involving the home stars Wu (CHN) and Lyu (CHN), after they defeated the Ecuadorian Carlos Quipo and Mark Barriga (PHI) in Round 3.

Andrey Zamkovoy (RUS), London 2012 bronze medallist and undefeated APB boxer, lost against Rayton Okwiri (KEN), who was ranked third after shocking Marcos Nader in Round 1 of the Pre-Ranking Phase before losing to Onur Sipal in Round 2.

Sipal continued his undefeated APB career with a clear win against Denzs Lazarev (UKR) on points, which means Sipal and Okwiri will rematch for the Inaugural APB Welterweight Title.