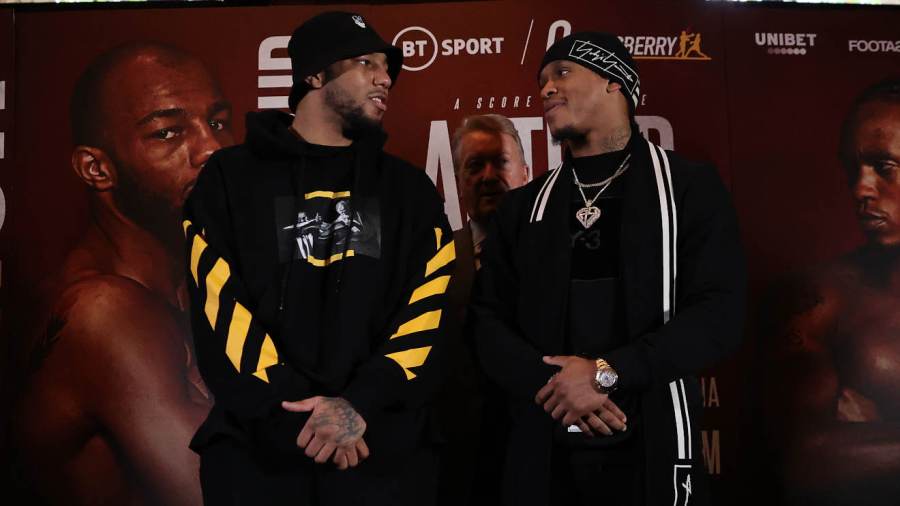 LYNDON ARTHUR has set his rematch with Anthony Yarde. The British light-heavyweights will box again on December 4 at the Copper Box Arena in Stratford, London. BT Sport will televise.

It’s a fight Arthur welcomes, even if he doesn’t feel he has a point to prove. “That’s on him, that’s not on me. If he can’t accept why he lost, he won’t believe it, then that’s for him to think about. That’s not for me to think about, I don’t care. I know I won and I know I’ll win again,” Arthur told Boxing News.

After injuring his right arm – “just wear and tear,” he says – Arthur relied predominately on his jab in their first fight. He threatens to be a more dangerous fighter with two fully functioning arms. “Even if I had my right hand, I didn’t need my right hand,” he said. “I don’t need to make excuses. I won.

Their promoter Frank Warren points out, “I think it’ll be more of a spicey fight this time round because there’s a little bit more at stake. Lyndon’s now got into the number one spot [with the WBO]. So Anthony has big things waiting for him [if he can win and] Lyndon, he can’t afford to slip up. So there’s a lot on the line.”

The winner of this fight can look to challenge the upper echelons of the light-heavyweight division next year and will be in the frame for a shot at Joe Smith, the WBO belt-holder. “He’s tough, tough, come forward, rugged. Can take a shot, hard fight. It’s what we’re in boxing for,” Arthur said of Smith. “But this is what the light-heavyweight division is like, the boys there are monsters.

“[Artur Beterbiev,] he’s got a style but he’s not really got a style, he comes square on, he hits hard. It’s good at the top, isn’t it? [Dimitry] Bivol’s a monster. I think Bivol would beat Beterbiev. I just think he’s technically better.

“That’s a process over time.”

Yarde in London again comes first, before any of those world level fights. “To headline any event is mad to me,” Arthur, the Commonwealth champion, reflected. “You’re up there and you’re in the lights, this is what boxing’s about. What as an 1-0 or debuting professional fighter, we dream of and I’m here now, my fourth headline bill. I come from an estate of kids that don’t really do things like this.”

He trains at the same gym where he started, half a minute’s walk from his childhood home. Successful now, he is still rooted in the community where it began. “It gives them hope, I’m a bit of a rolemodel type,” he continued. “When you’re young, the people on TV you’re watching, they’re huge. It’s crazy. I’m on TV. People are tuning in to watch me on TV. It’s mad when you really think about it. Especially when you come from just the estate. Just an estate kid.”