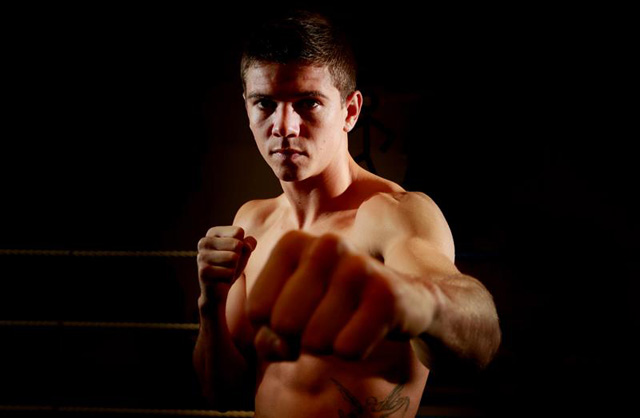 IT’S early for Luke Campbell to have to be making a comeback. On Saturday he boxes Gary Sykes at the Sheffield Arena, with the Commonwealth lightweight title on offer to the winner. But the bout has major significance for the London 2012 gold medallist. Luke suffered a first professional defeat when he came up against Yvan Mendy last December. A second loss would be a disaster.

“I had to take full responsibility for what went on that night,” Luke said of the Mendy fight. “I feel sad that I let everybody see a very weak, former shadow of myself in there. Now I’m 100% and confident I’m in a good place. I’ve worked hard, I’m ready to go in there and put a good show on on Saturday night.”

Up until December Campbell had been having a good 2015, dispatching Tommy Coyle with aplomb in an open-air stadium show in their Hull hometown. But ahead of boxing Mendy, Luke recalls, “It’s one of those. The mental aspect is that I should never have been in there. I knew that, my team knew that but I still decided to get in there.

“Just in the last week of the fight I was weak, my body was aching, I had no focus, it was a like a domino effect really. Maybe I was overtrained, a virus, I just had nothing in me. But again I still decided to get in there. It must have been the warrior instinct inside of me, I don’t want to back down type thing. But I need to be smart. I’m never getting in that ring when I’m not 100% again. It’s like a tough lesson learned when I didn’t really need to learn that lesson. If I was anywhere near 100%, as I should have been, it would have been a completely different fight.”

He has taken radical action to correct it. Linking up with Cuban trainer Jorge Rubio, he spent two months in camp in Miami. “I’ve been away from my family. The sacrifices that I’ve made have really pushed me on training hard, I train hard anyhow. I’ve 100% focus out there. All I’ve done is sleep, eat and train. I’ve been training six days a week, I’ve had quality training, different sparring, training in the heat. It’s really, really good training. I feel like Jorge is bringing a lot more boxing skill out. I believe I have a lot more potential that no one was seeing and I wasn’t using but with Jorge he’s bringing it more and more out of me. We’ve known each other for about a year in a half, working together off and on but now we’ve had the first opportunity to work a full camp together and we’re not even scratching the surface yet and I feel a lot better already. Give it three more camps working together we’re going to show you how good we can be,” Luke said. “He’s a great guy. I want to be a champion as much as he wants to be. He’s very passionate, loves what he’s doing, he’s all for boxing, he’s just a lovely really nice guy and he’s a great coach as well.”