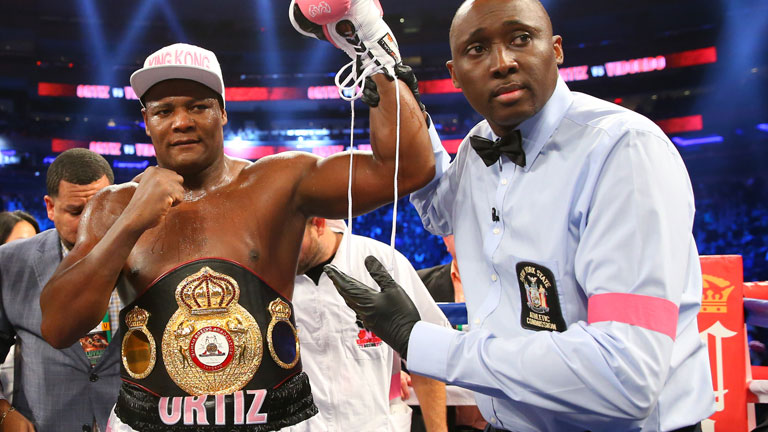 George Gigney previews Luis Ortiz vs Tony Thompson and Ruslan Chagaev vs Lucas Browne in this week’s issue of Boxing News magazine. This is out now on our app and the print version is in stores on Thursday (March 3). Here is an excerpt.

TYSON FURY is the heavyweight champion of the world – there is no disputing that. He won the WBA, WBO and IBF titles from Wladimir Klitschko in November, before the latter organisation stripped him due to an inability to fulfil mandatory obligations. Since then, the WBA announced a farcical tournament to clear up the lesser titles they’ve littered the division with in order to determine one clear champion – despite the rest of the world viewing Fury as just that. As such, on Saturday (March 5), Ruslan Chagaev will defend his WBA ‘regular’ title against Lucas Browne, while Luis Ortiz seeks to retain his Interim WBA belt against Tony Thompson. Neither are true world title fights.