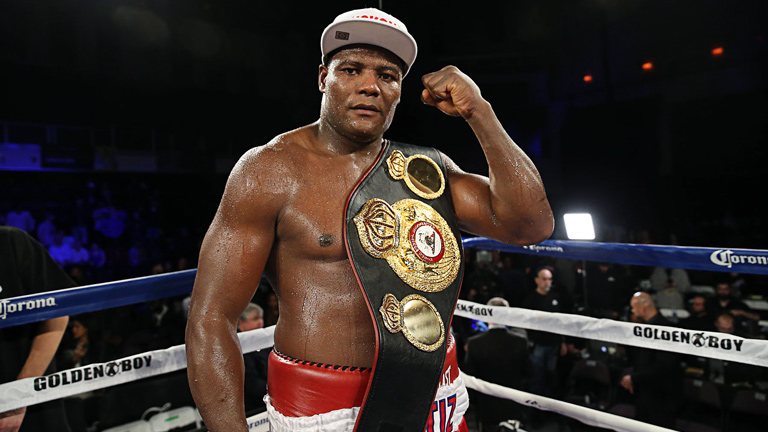 Is the win over Bryant Jennings, who had never been stopped, the best performance of your career to date?

It was not my best performance. I had been sick with the flu for two weeks ahead of the fight. But I knew I had to make sure that I continued with the fight regardless. I do think that my performance was powerful enough to have alerted the entire heavyweight division that a new force, or, if you want, a serious contender, has arrived.

What is the secret of your success?

I am a very experienced fighter. I have had the best boxing education with more than 325 fights [amateur and pro] under my belt. I believe I have the ability to adjust to any fighter and any style. That was evident in the fight with Jennings.

What does your victory mean to you, and the proud boxing history of Cuba?

I am very proud of myself. I’m also very proud how I am bringing Cuba back into the minds of all boxing fans. Cuba is one of the most accomplished countries in terms of boxing. The style and speed and all the things we have, they are taught to us at a very young age. This is what makes us great boxers.

Who would you like to fight next, and when?

All I can say is, I want to fight the very best in my weight division. I want to be the heavyweight champion of the world. I’m willing to fight anyone, any champion, any place, any time. I’m ready for anyone: Tyson Fury, Deontay Wilder, Wladimir Klitschko. I know I can beat all of them.

It all depends on my promoter, Golden Boy. They will give me an opponent and I will be ready for them anytime.

I feel I have been at my peak for many years now. I have simply been late [arriving] on the US heavyweight boxing scene. I have been fighting since I was in elementary school. Boxing is a very, very deep passion of mine. Now, it is a way to give my family a better future, and I tell you, no one will stand in my way of accomplishing this! In my eyes, I am the heavyweight champion of the world and if anyone, any other champion, is willing to challenge me, to face me, I can and will prove it.

Do you not consider Fury to be the real champion?

How impressed were you by Fury’s win over Klitschko?

I think his victory was something that was bound to happen. You see, boxing is very unpredictable and everyone has to be prepared. Fury was able to accomplish something because he was prepared. Now we are all waiting to see what the rematch [with Klitschko] will look like.

You are not annoyed that Fury beat you to it in ending Klitschko’s long reign?

No, not at all. I think Fury was able to shake up the heavyweight division and because of him, the division is now one
of the most exciting divisions to watch in 2016! I just want to get the opportunity to face him, or [WBC champion] Wilder, to prove I am a champion as well.

You would come to the UK to fight Fury?

Definitely. I want to fight him, either in the UK or here in the US. Wherever.