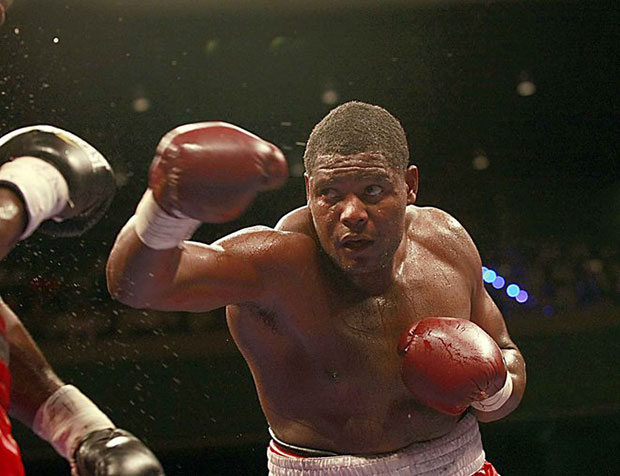 Unbeaten Cuban southpaw Luis Ortiz says he is not only ready for fellow unbeaten heavyweight Lateef Kayode – who he will clash with for the interim WBA heavyweight title in Las Vegas on September 11 – but that he is “ready to give any heavyweight in the world a war in blood.”

Currently 21-0(18), the 35-year-old is promising he will KO Kayode next month and then hopefully get a shot at the division’s top dog in Wladimir Klitschko. However, Ortiz says (as translated by Juan Jimenez) he does not feel Klitschko will ever agree to give him his chance.

How much do you know about Lateef Kayode, and which of his fights have you seen?

Luis Ortiz: “I have only seen two of his fights; his fight with [Antonio] Tarver and his fight with Jonte Willis. On paper, this is the toughest test for me so far in my career. But I will definitely win.”

Kayode told us that he feels he will beat you and by KO – what do you say to that?

“Well, he’s talking aggressive, but if he’s smart, he will try and box against me. I can’t say for sure I will outclass him, we have to wait and see on the night.  I will win by KO for sure.”

Kayode says you have not met anyone like him and that your best win was against a 42-year-old in Monte Barrett. Your thoughts?

“Yes, the win I scored over Monte (a fourth-round stoppage in April of this year) is my best win so far, but I am a little bit disappointed that people discredited Monte and my win over him. But I think the same will happen again, and that when I beat Kayode the same way, people will discredit that win for me too. I have tried to fight bigger names, but a few fighters that I tried to fight didn’t want to fight me, claiming they were not ready. To some people, this fight [with Kaoyode] is just a little step up [in class], but to me, this fight is the world.”

Who trains you know?

“Herman Caicedo, who I call “Sexy!” (who has worked with, amongst others, Shannon Briggs and Joan Guzman)

What is your opinion on today’s overall heavyweight division, and of guys like Tyson Fury, Bermane Stiverne, Deontay Wilder and of course Wladimir Klitschko?

“I think they are all great boxers. With Fury, Wilder and Stiverne, the division is finally moving again. It’s exciting, whereas not too long ago, it was dead. Of course I would love a shot at Klitschko while he’s the champ, but I doubt he would ever give me, a power hitting 6’4” natural southpaw, a shot. I can’t predict I will be the man to take over the division after Klitschko, because destiny is already written, but I tell you this: I would give any top heavyweight a war in blood! I can assure you of that.”

How has training gone so far and do you feel you will stop Kayode quickly if he comes right at you as he says he will?

“I’m working very hard. Training is intense. As I say, if he’s smart he will try and box and move against me. But I will get the KO anyway. Definitely a KO win for me for sure. I immobilise all my opponents, sometimes slowly but surely, and I will do the same thing to him [Kayode].”